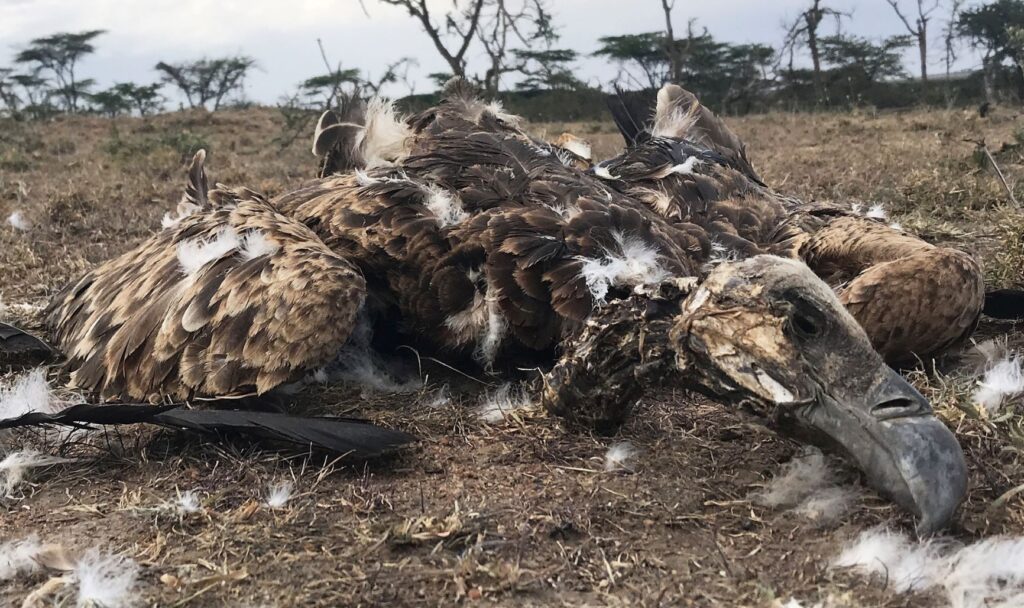 In the recent past, cases of mass mortality of vultures, and numerous incidences of one or two vulture deaths due to targeted and un-intentional poisoning have been on the rise across Africa. Since the end of 2019, mass poisoning of vultures have led to the mortality of more than 2,200 Critically Endangered Hooded Vultures in Guinea-Bissau and The Gambia.

This is worrying since the International Union for Conservation of Nature (IUCN) Red List status of African-Eurasian vultures has drastically worsened in recent years, with populations plummeting by up to 97% over the last 50 years, with the biggest declines being registered in West and East Africa. Globally, vultures are the most threatened group of birds with majority being listed as Critically Endangered. The primary cause of their rapid demise in Africa is poisoning accounting for over 60% of vulture mortality, while the trade of vulture parts for ritual, fetish and traditional medicine purposes accounts for 29% of vulture deaths.

Consequently, there is a critical need to build capacity for responding to poisoning events, including identifying sites where vultures die, collecting samples, and employing techniques to investigate the cause of death in a timely manner. In May 2022, BirdLife International in collaboration with Andre Bothe, a re-known vulture specialist and expert in poisoning from the Endangered Wildlife Trust, organized capacity building workshops in Senegal, Gambia and Guinea Bissau on responding to wildlife poisoning incidents.

The wildlife poisoning response training was part of an IUCN Save Our Species funded project to urgently reduce the killing of vultures for belief-based use in their most important West African strongholds and lay foundations for long-lasting regional conservation strategies, coordinated by BirdLife International and implemented by ODZH in Guinea Bissau, the West African Bird Study Association (WABSA) in The Gambia, and Nature Communautés Développent (BirdLife partner) in Senegal.

The workshops focused on a number of key elements including recognizing signs of poisoning, investigating the scene, and making it safe from toxins, all aimed at reducing the impact of wildlife poisoning in the region.

“The training was great and should be expanded or held in all regions of Guinea Bissau to allow greater participation of the population and even traditional healers. It guided us on the procedures to follow in a wildlife poisoning event, including how to manage information and teams, collect samples and destroy the poisoned carcases to avoid further problems,” said Francisco Gomes Wambar, CEO of ODZH, BirdLife’s partner in Guinea Bissau and beneficiary of the training in the country.

According to one of the participants, Mr Tijan Kante, this training was very valuable and would help them apprehend culprits who engaged in the illegal killings of wildlife particularly vultures.

“Among other things, this training will help ornithologists and rangers collect and report samples of birds suspected to have been poisoned. WABSA has also organized online training on the same, noting that this is important due to cases of mass vulture poisoning in the region and the country. We would like to thank IUCN SOS, EU, and BirdLife for their technical and financial support which made this training possible”, noted Lamin Joobate, Executive Director, WABSA

Across the three countries, more than 250 people are now engaged or sensitized on issues of wildlifie poisoning. In Guinea Bissau, community members from the regions of Bafatá, Gabú, Canchungo, Caió, Calequesse, have established a poisoning alert network after being involved in events, actions and trainings in the framework of the project. Furthermore, a capacity building course was conducted for 60 technicians from different government institutions with forestry, veterinary, health laboratory officers, law enforcement, and NGOs to form a rapid action group in the event of wildlife poisoning.

In The Gambia, 21 people participated on the wildlife poison response training, including community members, stakeholders from relevant institutions associations, government departments and rangers from the Department of Parks and Wildlife.

“In just one year, we managed to improve the capacity of members of civil society, law enforcement and wildlife officials in all countries on the monitoring protocol and techniques for collecting clues related to wildlife poisoning, in particular, vultures”, explained Salisha Chandra, Vulture Conservation Coordinator for Africa at BirdLife International.

In addition, through this project, the main threats to vultures in the three countries have been documented, being namely belief-based use, but also direct persecution for consumption in The Gambia, and indirect poisoning because of feral dog population control in The Gambia and Senegal. Understanding the main drivers of population decline in the region has laid the foundation to build on conservation actions implemented through the project including education and awareness, capacity building of communities, rangers and other law enforcement, as well as ongoing surveys and understanding of vulture populations.

With the project recently coming to an end, Salisha further highlighted some of the gains made. “The most exciting thing that happened was the arrest of vulture parts traders in Bandim market in Guinea Bissau, the decision by communities in The Gambia to conserve vultures and police themselves and the increased positive sentiment towards vultures in Senegal following radio programs on the issue”, she noted.

The results from this project will contribute towards the development of Actions Plans for vulture species. For instance, BirdLife International is collaborating on an effort with the IUCN Vulture Specialist Group on developing an action plan for the West Africa region to address the direct persecution of vultures in the region. 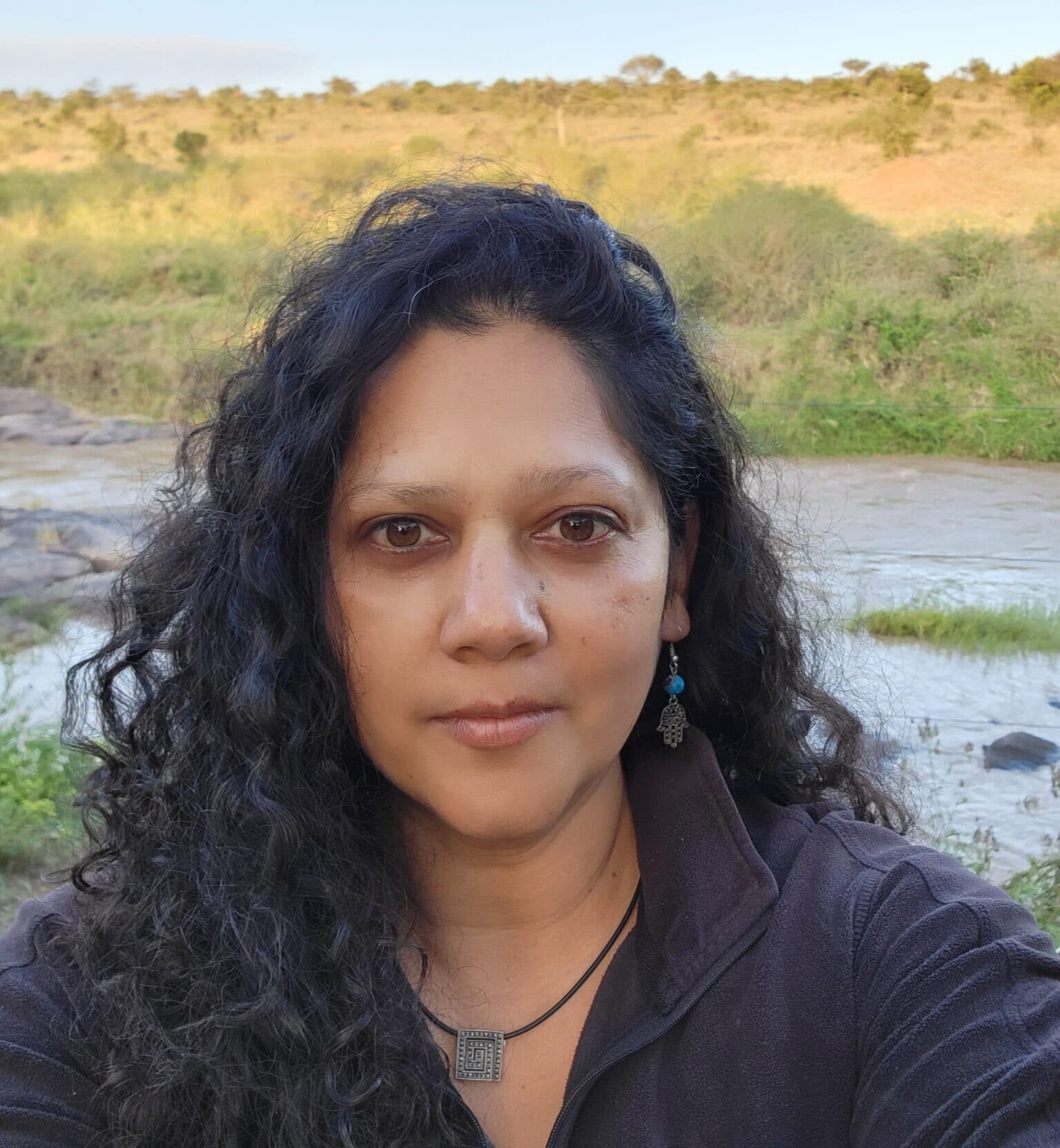 “In just one year, we managed to improve the capacity of members of civil society, law enforcement and wildlife officials in all countries on the monitoring protocol and techniques for collecting clues related to wildlife poisoning, in particular, vultures”

This publication was produced with the financial support of the European Union through IUCN Save Our Species. Its contents are the sole responsibility of BirdLife International and do not necessarily reflect the views of IUCN or the European Union.