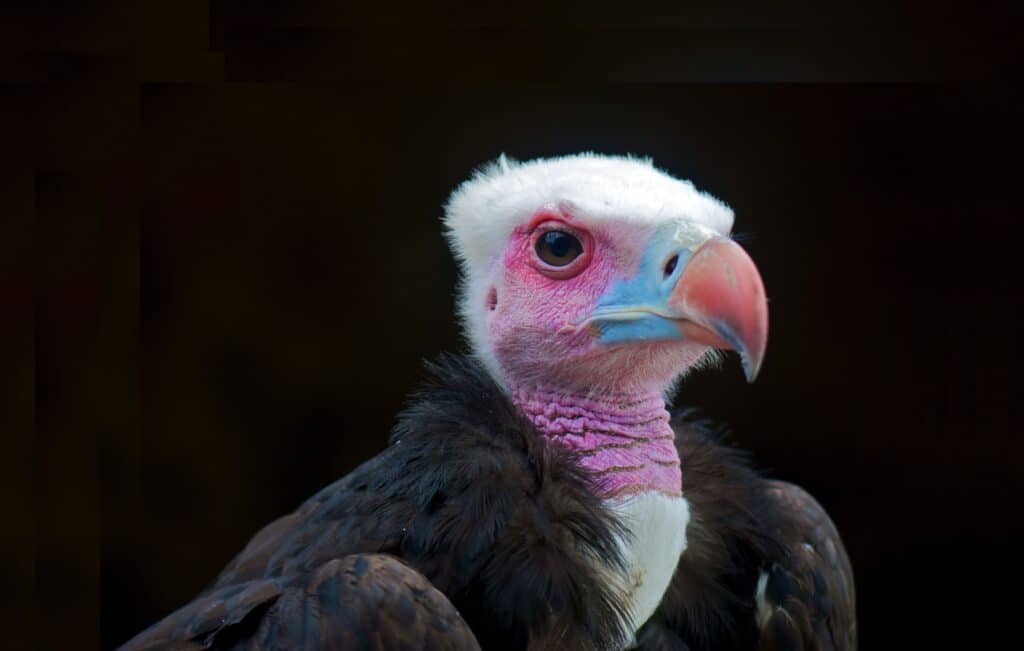 On the 23rd of February 2022, two traders were arrested by the local authorities for selling the body parts of vultures in Bandim market in Guinea-Bissau’s capital, Bissau. The arrest was made based on information from the Organização para a Defesa e Desenvolvimento das Zonas Húmidas (ODZH), one of BirdLife’s contacts in the country.

In recent times, the whole of West Africa has seen a drastic decline in vulture populations, mainly driven by belief-based use. Since the discovery of a mass killing of vultures in 2020, where more than 2000 Hooded Vultures Necrosyrtes monachus (Critically Endangered) were found poisoned, BirdLife International, together with other stakeholders, has been supporting ODZH to investigate these deaths and the vulture trade in Guinea-Bissau. Through this support, ODZH and local partners have been actively conducting market investigations, threat surveys, community engagement and capacity-building workshops since 2020, in addition to other vulture conservation efforts as part of the IUCN Save Our Species project.

29% of African vulture deaths are linked to belief-based use

The investigation that led to these arrests started on February 3rd, 2022 when ODZH learned how traders were selling vulture parts hidden in the horns of other animals. They discovered that heads were being sold for 15,000 XOF (25 US Dollars) and feet for 10,000 XOF (17 US Dollars).

Executive Director of ODZH, Francisco Wambar, stumbled upon this trade in Bandim market when he found a vulture wing for sale at a stall. “I was taken aback when the lady brazenly shared with me that the animal part I was pointing to was indeed the wing of a vulture, as I had suspected,” stated Wambar.

Wambar realized that the illegal trade in vulture parts could be rife in the market, and he immediately reported the incident to the local judicial police, who quickly swung into action. Together with the judicial police officer trained at one of the capacity building courses carried out by ODZH and IBAP (Institute of Biodiversity and Protected Areas), they visited the site pretending to be buyers interested in wildlife parts. During this undercover operation, they found more vulture parts on the tables near the previous one. As they talked to the traders, they were provided with the pricing, and this helped the police kick-start the investigation that resulted in the seizures and arrest of the two traders.

This event marks an important and significant breakthrough in vulture conservation in the country, and ODZH is following up with the police closely to see what further assistance they could provide. Mr I.Q. Turere from the police force was keen to pursue a conviction, stating: “We are hoping that we can follow through on these arrests with a fair trial and conviction based on the laws of the land in order to set a precedent that will act as deterrent for other traders of wildlife parts.”

“These arrests would not have been possible without the collaboration of stakeholders on the ground, including the judicial police, Dr. Alfredo Simão Da Silva from IBAP, and the GPC (Office of Coastal Planning),” noted Wambar. He further thanked BirdLife International and The Rufford Foundation, whose financial and technical support has been key to this work.

BirdLife International is keenly following the outcome of these investigations and looks forward to continuing supporting ODZH’s efforts in furthering vulture conservation efforts in Guinea-Bissau and within the region. Salisha Chandra, Vulture Conservation Manager for Africa at BirdLife International, also feels that a conviction could prove to be a turning point for vulture conservation in the region, bringing much-needed awareness and emphasis to the role and value of vultures. “The dedication and diligence of Wambar and his team, together with other key stakeholders, has been exemplary. They have been working against the odds, and it is efforts such as these that will help to start turning the tide for vultures in Africa,” she concluded.