The shadow of Repsol darkens life on the coasts of Peru 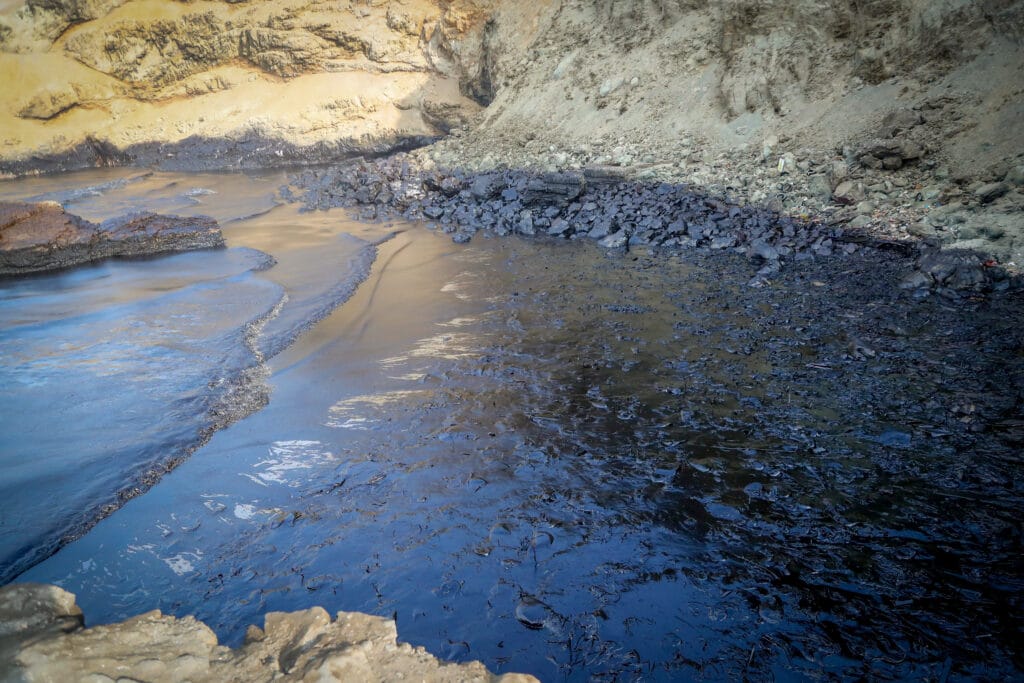 More than 11,900 oil barrels have contaminated nearly 21 beaches on the Peruvian coast, affecting thousands of people and wild animals.

Oil can suffocate life with its black cloak. Regrettably, this is happening now off the coast of Peru. According to the Peruvian Ministry of the Environment, last Saturday, January 15, around 11,900 oil barrels were spilled and spread throughout the waters along the Peruvian coast, affecting 21 beaches.

The investigations carried out to date indicate that the eruption of the Tonga volcano broke two oil pipelines. The incident occurred when the Italian oil tanker “Mare Doricum” was unloading and transporting crude oil to the Repsol Refinery: La Pampilla, located in the Ventallina district. This town is part of the Province of El Callao, located about 15 km north of Lima, the Peruvian capital. Repsol S.A. is a Spanish oil company based in Madrid with nearly $50 billion in revenues.

According to its latest report on January 29, the Peruvian Ministry of the Environment’s Environmental Assessment and Enforcement Agency (OEFA), says that 11,637 hectares are affected, the equivalent to about 16,390 football fields, and over 1´186.965 M2 of ocean and 1´739.950 M2 of shoreline will be impacted. Unfortunately, those numbers are on the rise. The final impact is far from being consolidated.

Crude oil has also contaminated two crucial Marine Protected Areas: The National Reserve System of Guaneras Islands, Islets and Puntas (512 hectares affected – 7.4% of the total area), and the Ancón Reserved Zone (1,800 affected hectares – 82% of the total area). Both sites are Important Bird and Biodiversity Areas (IBAs) with coastal and marine species depend on them for their survival, a number of which are already on the IUCN Red List, subject to the Convention on International Trade in Endangered Species of Wild Fauna and Flora (CITES), and/or the Convention on the Conservation of Migratory Species of Wild Animals (CMS).

The oil spill has devastating consequences for the species that depend on healthy ecosystems, such as aquatic mammals, seabirds, fish, crustaceans, mollusks, echinoderms, and plankton. Some components of crude oil, such as aromatic hydrocarbons, can affect the reproduction of animals and cause embryonic malformations, especially in birds, fish, and even turtles, states John Carlos Rivero, Scientific director of Oceana Peru.

In Peru, more than 150 bird species inhabit islets, nature reserves and the coastline and depend on the sea for food and reproduction. Many of these species are threatened with extinction, such as the Inca Terns (Larosterna inca), the Little Tern (Oceanites gracilis), the Red-legged Cormorant (Phalacrocorax gaimardi), the Guanay Cormorant (Leucocarbo bougainvillii), Peruvian Pelicans (Pelecanus thagus), Peruvian Boobies (Sula variegata), and Humboldt Penguins (Spheniscus humboldti).

The latter is listed as threatened (VU) in Appendix I of CITES and CMS. This species runs an alarming risk because it cannot fly. More than half of its world population is on the Peruvian coast. The last population census carried out on the coast of Peru in 2017 reflected there are about 13,600 individuals, out of a global total of 23,000.

Although the National Forestry and Wildlife Service of Peru (SERFOR) and the Parque de Las Leyendas Zoo in Lima are doing their best to rescue endangered seabirds with their professional veterinarians and zoo technicians, the magnitude of the crisis exceeds their capacity to respond. Training of additional personnel, additional infrastructure, preventive medicine, antifungals, antibacterials, food, and hydration for the birds are required. Currently, there are no specific numbers on the total mortality of the birds.

The oil spill has devastating consequences for the species that depend on healthy ecosystems. It can affect the reproduction of animals and cause embryonic malformations, especially in birds.

What will happen to local biodiversity?

Experts predict that more than 50 percent of the affected animals have already died or will die. Those that survive the contamination and the harsh cleanup treatments have an uncertain future and desperately require their habitat to be restored and healthy. In addition, as a consequence of their interaction with humans and the physiological and psychological impact of an oil spill, those individuals might not be able to be successfully reintroduced to the wild. It means, at best, that they will live in captivity for life.

What is being done to address this emergency?

Peruvian President Pedro Castillo has declared 90 days of Environmental Emergency to combat the oil spill. Currently, the Peruvian prosecutor’s office is investigating the spill as an alleged environmental pollution crime as the responsibility of the refinery, with fines that could reach up to 34.5 million dollars. Furthermore, there is a ban on the departure of the Mare Doricum vessel until the investigations are completed or a bail of 39 million dollars is paid.

Unfortunately, this is not the first time that Repsol has been linked to negative impacts on the North Coast of Peru.

Initially, Repsol’s official statements before the OEFA argued that it was only a “limited spill” of less than one barrel. Approximately about 0.16 barrels or the equivalent of about 25 litters in the space of 2.5 square meters. This underestimation gravely minimized the overall impact and delayed the company’s contingency, remediation, and compensation plan. Worse still, according to the Prime Minister of Peru, Mirtha Vásquez, Repsol provided inaccurate information to the OEFA and did not have a contingency plan for this type of emergency. They publicly stated that they were not “conscious” of the magnitude of the oil spill at the La Pampilla Refinery in Ventanilla until the crude oil reached the beaches of Peru.

The spill is moving northward following the Humboldt Current, threatening seabirds and the livelihoods of communities farther afield that depend on fishing, commerce, gastronomy, and tourism. Peruvians are well known for gastronomy which is considered an intangible cultural heritage of humanity by UNESCO, and according to Oxfam Peru expert Miguel Lévano, many fishers continued fishing despite the emergency, and that product reached the markets, putting the health of many people at risk.

There is not yet reliable data of the impact on the communities’ economies, or the social, environmental, and health outcomes. Nevertheless, beyond the data, the obvious reality that can already be felt is heart-breaking and alarming, further inflamed by Repsol’s announcement that clean-up will cease at the end of February.

Experts predict that more than 50 percent of the affected animals have already died or will die.

Hundreds of people, from members of NGOs to fishers and local communities have united to demand that Repsol take responsibility for this catastrophe. Although this Spanish company has implemented some containment, remediation, and compensation measures, they are not enough.

BirdLife International demands urgent, concrete, and transparent contingency, remediation, and compensation measures in the face of this Environmental Emergency.

With our partners in Peru and Spain, the Association of Andean Ecosystems (ECOAN) and the Spanish Society of Ornithology (SEO BirdLife), we have sent a formal letter to Repsol requesting the following:

1) Repsol assumes its responsibilities in this ecological disaster and immediately makes available the necessary resources to save the fauna and clean up affected coastal and marine ecosystems.

2) Work together with the Peruvian authorities and conservation entities to confront this ecological disaster and monitor the oiled fauna to have precise information on the final impact of this accident.

3) Immediately create a fund that provides the necessary resources to care for the birds affected by the spill (supporting the authorities -SERFOR, NIMAN- and local entities -Lima Zoo-), as well as to clean up and remove the oil with sufficient security conditions for volunteers and personnel involved.

4) Support long-term monitoring of the affected areas to assess the accident’s impacts properly. In the case of seabirds, ensure the census and monitoring of the reproduction of the species that breed in the affected area and promote the study of their diet, levels of pollutants, demography, etc., with particular attention to the Humboldt penguin.

5) Promote the adequate conservation of the spaces already declared (including feeding areas on the high seas) through the design and execution of a restoration plan for the affected area -to be financed by your company- with the collaboration of the Peruvian authorities and the advice of national and international experts.

6) Launch a conscientious, transparent review of all accident contingency plans for all its facilities and activities with technical and scientific guarantees.

7) Accelerate the change in its business model to abandon fossil fuels and associated extractive activities as soon as possible.

We firmly believe that the protection and conservation of nature require collective, participatory, and inclusive efforts. Birds and the ecosystems they depend on fulfil ecological roles crucial to our well-being, and we must safeguard their integrity.

BirdLife International demands urgent, concrete, and transparent contingency, remediation, and compensation measures in the face of this Environmental Emergency.

On July 25, a Japanese-owned Panama flagged vessel carrying 4,000 tons of fuel ran aground off southeast Mauritius, within two kilometres of an important nature reserve. Read how our Mauritian Partner is at the forefront of the crisis response, and how you can help. 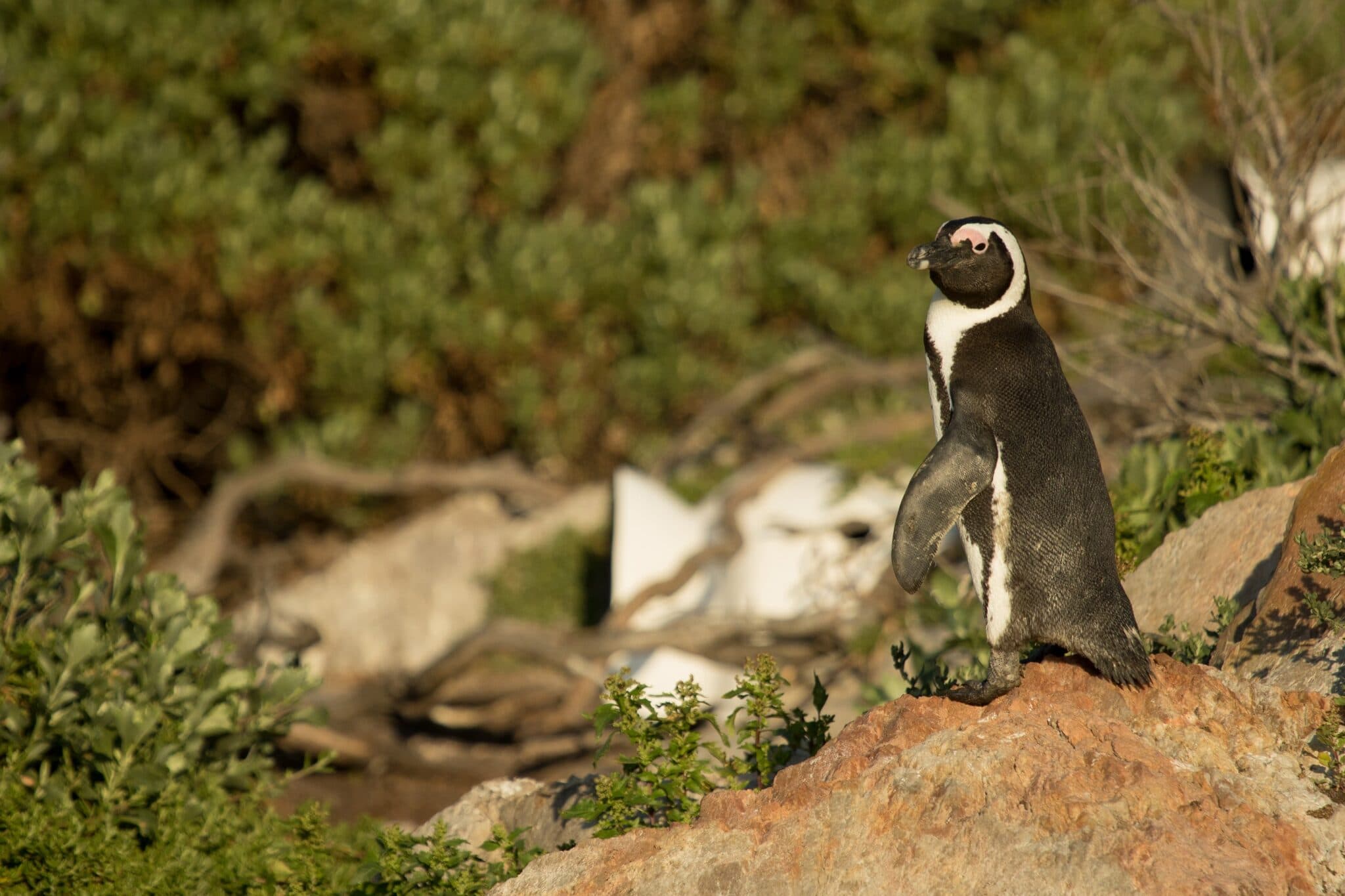 What’s black and white and red-listed all over?

It’s no joke! Penguins are a highly threatened group of birds. On World Penguin Day, we’re celebrating the incredible (and shocking) feats of the world’s best avian swimmers, sharing the work of BirdLife Partners working to protect penguins around the world, and giving you a chance to walk among a penguin colony.

Read articleWhat’s black and white and red-listed all over?