After the International Council for Bird Preservation, now BirdLife International, was founded in 1922, the founding President Thomas Gilbert Pearson wrote to conservation organisations around the world, including the Ala in Switzerland. This resulted in the formation of the Swiss National Committee for Bird Protection, now BirdLife Switzerland, with Albert Hess taking the role of the first President.

In Switzerland at this time, the appetite for bird conservation was prevalent: countless local bird-protection groups were established during the 1920s and 30s dedicated to setting up and maintaining nest boxes. Today, BirdLife Switzerland associations are one of the main forces for nature conservation in Switzerland. The local associations implement conservation actions and awareness building in communities throughout the country. They are active not only for birds but all biodiversity – and still look after a whopping total of 232,708 nest boxes visited by house martins, kestrels, barn owls, common and Alpine swifts, and even hoopoe. 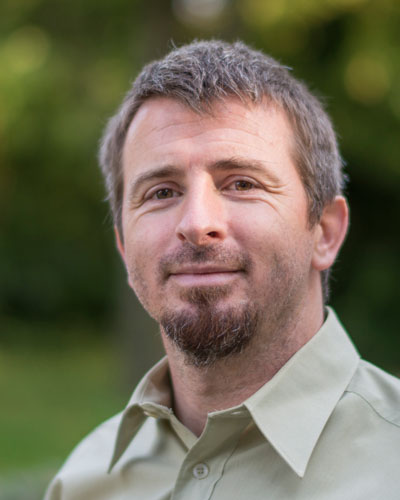 “BirdLife International is a strong Partnership of over 115 organisations who are independent but dedicated to working closely together, and thus achieve much more than the single partners could do alone.”

FROM SCHOOLS TO RAINFORESTS

BirdLife Switzerland’s growth has rocketed over the past 100 years, and they are well rooted in communities across the country with over 67,000 members and 66 youth groups.

Protecting species and habitats has been at the heart of BirdLife Switzerland’s priorities for the past century. From the protection of many of Switzerland’s wetlands as early as the 1920s to bringing the Little Owl back from the brink of extinction in the 2000s, the organisation’s determination and dedication has had a positive impact on nature in Switzerland. But the organisation also looks beyond borders and regularly collaborates with BirdLife Partners especially in Eastern Europe and the Caucasus, campaigns for migratory birds, and participates at international environmental conferences. In addition, since 2000, BirdLife Switzerland has supported rainforest projects led by Burung Indonesia (BirdLife Partner) and Asity Madagascar (BirdLife Partner).

BirdLife Switzerland has long been committed to environmental education and engaging local communities. In the 1930s and 40s, annual excursions were arranged to give people the opportunity to connect with nature and learn about birds and the natural world. Fast forward to the 1970s, and ‘the great decade of youth work’ began, with nature courses in youth groups and schools inspiring thousands of young people. Courses on species and nature have continued to this day, with hundreds of people attending courses by BirdLife Switzerland and associations each year, eager to learn and pass on this valuable knowledge.

BirdLife Switzerland’s growth has rocketed over the past 100 years, and they are well rooted in communities across the country with over 67,000 members and 66 youth groups.

For its centenary year, BirdLife Switzerland launched an ambitious nature conservation campaign, A Mosaic of Natural Jewels for Switzerland, to coincide with their anniversary celebrations. This inspiring campaign is made possible thanks to BirdLife Switzerland’s committed network of communities, with at least 100 BirdLife Switzerland associations on track to create or enhance thriving habitats for nature – “100 pearls that together form a whole mosaic of natural jewels”. The campaign will see 1,000 trees and 2,500 bushes/hedges planted, 20 hectares of meadows and wildflowers created, and 20 ponds and bodies of water established.

BirdLife Switzerland is showing no signs of slowing down and is already looking to where they can make a difference in the future. Their Ecological Infrastructure campaign is a priority up to 2024 providing an opportunity to engage multiple generations in their fight for nature. The project aims to raise awareness for the network of thriving protected areas to provide wildlife with high-quality habitat in accordance with the convention on biological diversity.

To delve deeper into the work and achievements of BirdLife Switzerland over the past 100 years, visit their dedicated anniversary webpage here.

From the protection of many of Switzerland’s wetlands as early as the 1920s to bringing the Little Owl back from the brink of extinction in the 2000s, the organisation’s determination and dedication has had a positive impact on nature in Switzerland.