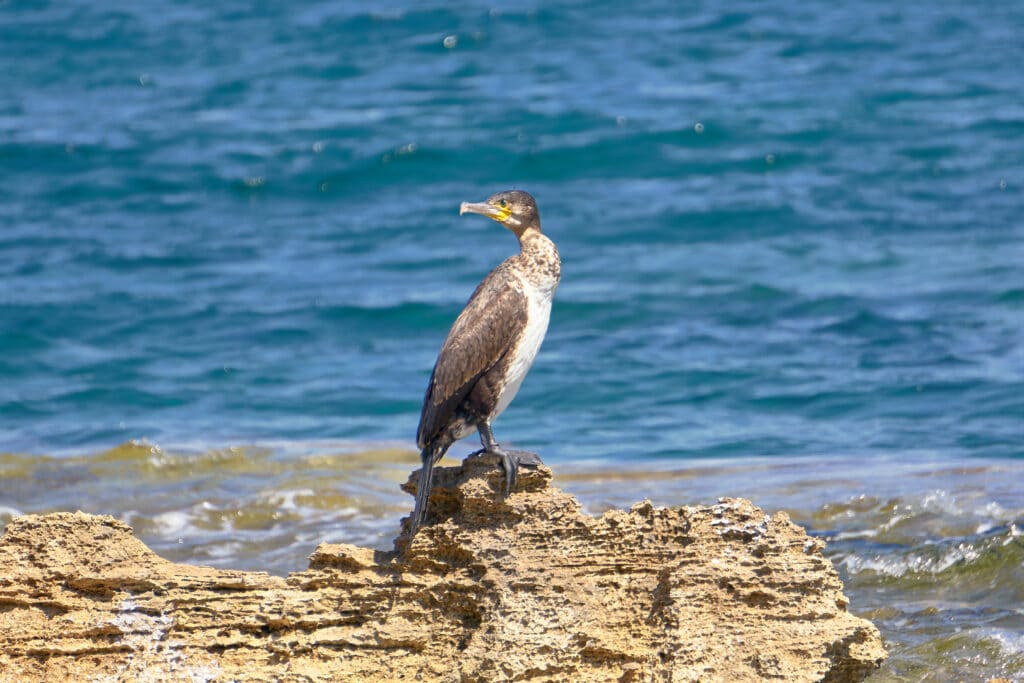 This species lives and breeds in the entire Mediterranean, though it also breeds in the Black Sea. They are largely sedentary, meaning the birds tend to stay close to their breeding grounds during winter, although some birds can undergo short-distance migrations.

Distinct features:  You can recognize European shags by their dark feathers, pale-coloured cheeks, long-curved neck, and long, narrow bill. Adults have a small crest and green-tinged sheen on their feathers during breeding season. They can be found roosting on isolated rocks, swimming and diving along the coast, often alone.

Main prey: The European Shags’ diet consists primarily of coastal fish and marine benthic organisms (sea anemones, sponges, corals, sea stars, sea urchins, worms, bivalves, crabs…), usually associated with benthic habitats such as Posidonia seagrass beds. They forage in mid-water and along the bottom of sandy and rocky seabeds, preferring sheltered fishing grounds such as bays and channels. They usually forage away from nesting colonies, and they are exceptional divers.

The European Shag (Mediterranean subspecies) is a coastal species that is loyal to its nesting site. Shags nest in rocky crevices, ledges and caves within sea cliffs. The nesting season is long, and egg-laying period varies year to year and depends on the region.  The birds usually produce a clutch of 3 eggs which are incubated for 30 days prior to hatching. The chicks fledge approximately 50 days after hatching.

The species lives and breeds in the entire Mediterranean, though it also breeds in the Black Sea. They are largely sedentary, meaning the birds tend to stay close to their breeding grounds during winter, although some birds can undergo short-distance migrations.  Some studies have uncovered a migration pattern between breeding sites in Croatia and non-breeding grounds in the Gulf of Trieste, Italy.

Our Greek Partner, the Hellenic Ornithological Society (HOS) has been working hard to protect this sub-species. They have coordinated the conservation of these seabirds created an inventory of marine Important Bird & Biodiversity Areas.

A study in Crete found that contrary to popular belief, European Shags feed mainly on small demersal species that are of low commercial value, posing no threat to fisheries.

In breeding plumage, the adult of the European subspecies has a black upper part with some white squares. The head and hindneck are grey, and the sides have white and black stripes. Most of the throat is black, giving this bird the name “black-throated loon”. 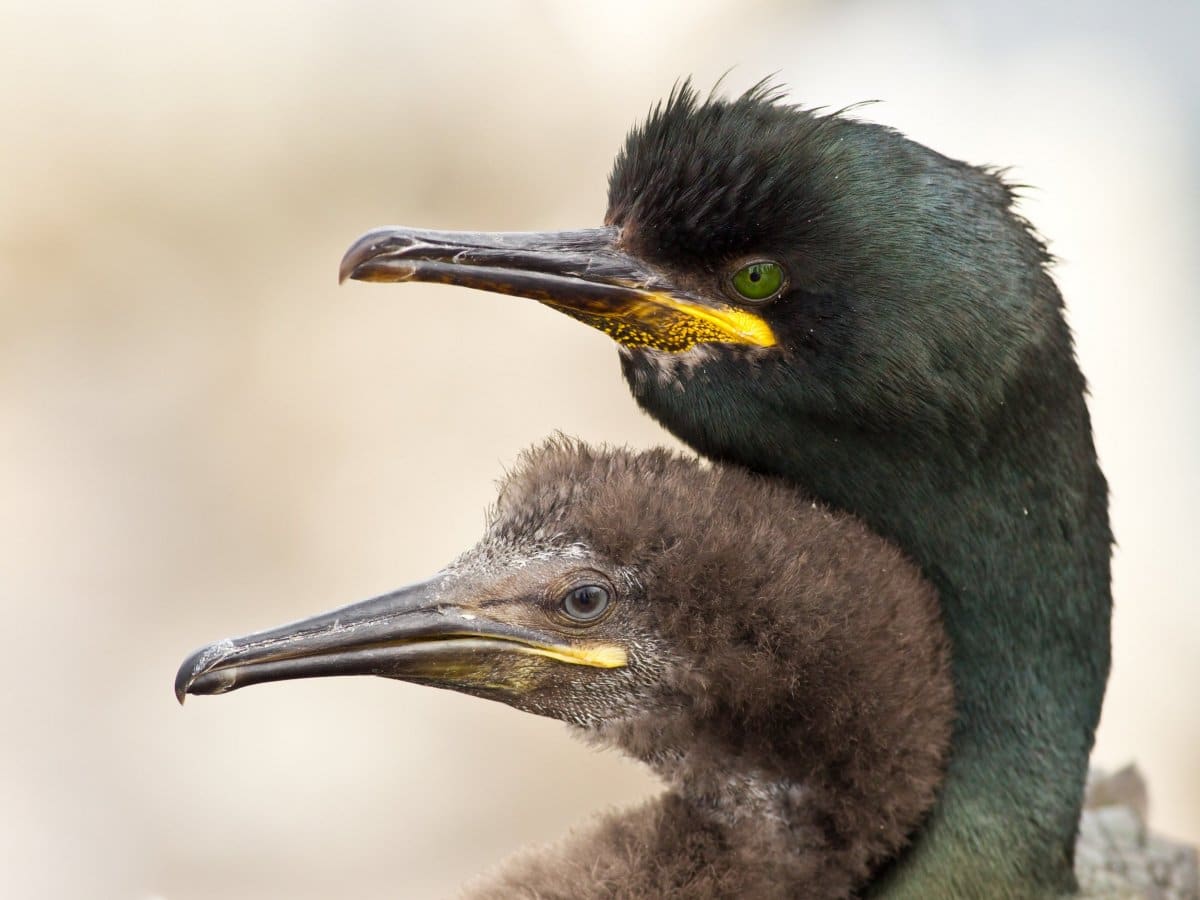 Read articleHow are seabirds doing in the EU and UK?

The feathers of Audouin’s Gulls are predominately white except for their pale grey upper wings and black outer wings. They have dark eyes and blood-red bills with a black and yellow tip. Their legs have a dark grey, almost greenish colour. The male and female birds look very similar.