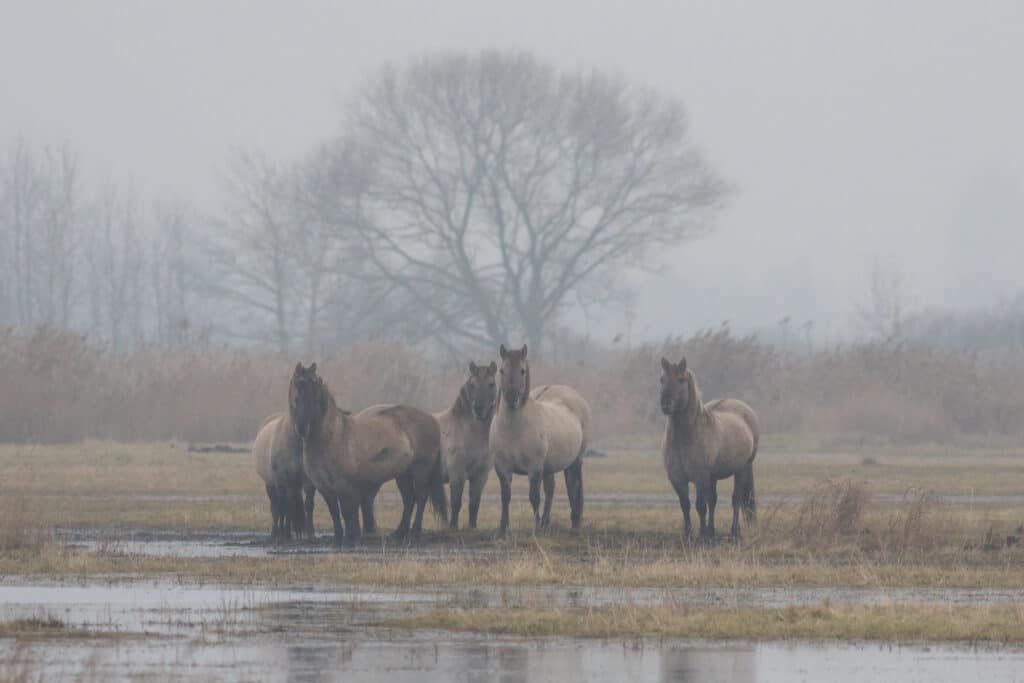 Tell us how it all began…

The nineties not only brought the ‘wind of change’ and democracy to Poland, but also the creation of OTOP. The idea came up in 1990, just after a workshop organised in the UK by the RSPB (BirdLife in the UK). A small group of enthusiasts returned to our country with a vision for a new, strong organisation working for bird protection and, thanks to their commitment, a year later OTOP was formed. The beginning was challenging, with just three employees working from a rented room in Gdańsk. But with time, our organisation has developed into one of the most prominent NGOs in Poland.

What have been your biggest successes?

One of our priorities from the very beginning was an Important Bird & Biodiversity Area (IBA) Programme. OTOP prepared three inventories of IBAs in Poland – in 1993, 2004 and 2010 – and it paid off: most of the 175 IBAs are now protected as EU Natura 2000 sites.

The apple of OTOP’s eye is its reserves – Beka, Karsiborska Kępa and sites in the Biebrza Valley. Their management, including grazing with horses, help us to create habitats for birds. Sometimes we had to fight for the protection of the most valuable places in Poland, such as Rospuda Valley and Bialowieza Forest. Our successful campaign to save Rospuda has become a shining example of how NGOs can effectively protect nature, and our staff member, Gosia Górska, received the Goldman Prize in 2010 for her work on this.

Which bird species have you focused on?

Our priority species has always been Aquatic Warbler Acrocephalus paludicola (Vulnerable) – one of the rarest and most threatened passerines in Europe. Conservation projects at major Aquatic Warbler sites in Biebrza and the Lublin Region have helped the population to increase and subsequently expand to new areas. The European Commission granted two LIFE projects for the conservation of Aquatic Warblers, which were awarded the Best LIFE Projects of 2013 and 2015.

It’s not only about Aquatic Warbler, though. OTOP has worked with other species that are threatened in Poland, such as European Roller Coracias garrulus, Mew Gull Larus Canus and Dunlin Calidris alpina. We not only protect, but also monitor. OTOP is now the key contractor of the Programme of Bird Monitoring in Poland, which helps to track trends for 170 breeding bird species. At the same time, we are managing the country’s biggest citizen science database, ornitho.pl, which now holds 5.5 million bird records!

So public engagement is also a large part of your work?

Without people, OTOP would not achieve a single goal. The engagement of our network of members and volunteers allows us to spread our efforts across the whole country.

Education and awareness-raising are an important part of each of our projects – however, two of our initiatives need special attention. Spring Alive, co-ordinated internationally by OTOP since its inception in 2006, is an educational project aiming to help children, their families and teachers to understand the need for international conservation of migratory species and to take action to conserve birds and nature. Currently it operates in 30 countries across Europe, Asia and Africa, and thanks to BirdLife Partners, it managed to engage over 117,000 children last year.

OTOP Junior is an umbrella concept for a wide range of activities aimed at pupils and their teachers, for which we’ve developed a diverse range of educational offerings. More than 1,700 educators work with these materials.

Any words for the BirdLife Partnership?

OTOP has always worked according to the BirdLife mission, focusing on sites, species and communities. We cannot forget about the substantial and timely support from abroad, predominantly through the BirdLife Partnership. DOF (BirdLife in Denmark) and RSPB helped OTOP during the very first years of operation to transform from a ‘hatchling’ to maturity. RSPB and the BirdLife Secretariat have continued to support us in many different ways since.

Obviously during the last 30 years we have had some tough moments, including lack of financial stability, political reluctance and internal, management-related problems. But we have managed to get through all of this. Now we can honestly say that OTOP is seen in Poland as a key environmental NGO, with our expertise and professional team acting as benchmarks for the whole country. 2021 is a significant year, bringing in a new management team and a five-year strategy. So rest assured that this is not our last word: we still want to grow and develop.

“OTOP is a strong and truly effective national organisation. Poland’s national poet once said: ‘Nature, you are like the nation’s health; only those who have lost you can learn how much you’re prized.’ Today, that nature is treasured by OTOP so that future generations will see and cherish it.”

Zbig Karpowicz, former senior partner development officer for the RSPB, was at the genesis of this adventure 30 years ago 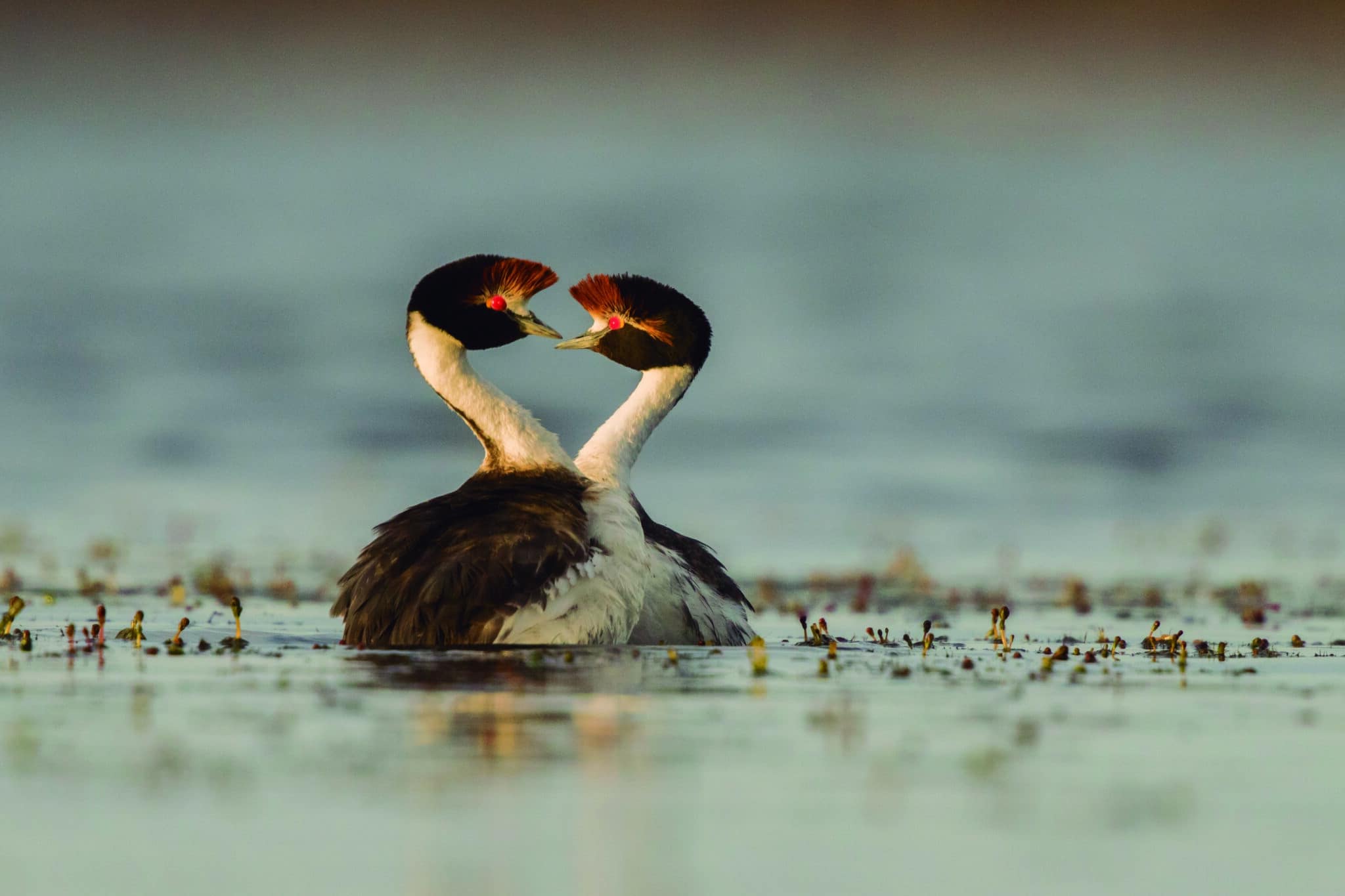 The World Migratory Bird Day (WMBD), celebrated every year in May and October seeks to raise awareness on migratory birds and the need to conserve them. These birds travel over thousands of kilometres, in search of suitable conditions for feeding and breeding.