Imagine driving a car on a long-distance road trip. Your fuel tank starts full, but then runs low. No worries: you’ll refill at the next available gas station. Chugging towards those much-needed pumps, however, you find the station is closed. You must eke out the remaining fuel for another few hours. And if the tank runs dry, your journey is over.

Welcome to the life of a Far Eastern Curlew (Endangered), the world’s largest shorebird. The survival of this leggy, dramatically long-billed migratory marvel depends on an unbroken chain of wetland ‘service stations’ lining the coasts of the East Asian-Australasian Flyway – yet it increasingly encounters concrete wastelands where food-rich mudflats used to be. Its population has crashed by 81% in three decades.

To the untrained human eye – or that of an entrepreneurial developer – habitats such as tidal mudflats and salt marshes may seem featureless, devoid of life and ripe for reclamation. To millions of waterbirds worldwide, however, they are vital feeding stations – filled with energy-packed molluscs and worms, plus essential fatty acids – that power perilous migrations.

This is true along each of the eight major migratory bird flyways identified worldwide, which for millennia have connected boreal breeding grounds with southern hemisphere wintering quarters. The numbers of birds involved emphasise their importance. The East Asian-Australasian Flyway serves an astounding 50 million migratory waterbirds, including Far Eastern Curlew and Great Knot (Endangered), at 900 internationally important wetlands across 22 countries.

In the Americas, up to 1.3 million migratory shorebirds gather in Suriname and the Bay of Panama, as do 1.1 million in Alaska’s Copper River Delta. Despite a 68% decline from 1982–2005, perhaps two million Semipalmated Sandpipers (Near Threatened) – three-quarters of the world total – assemble in Canada’s Bay of Fundy, drawn by seasonally high densities of crustaceans that fuel a 3,000-km non-stop flight to South America.

The world’s largest tidal mudflats, Europe’s Wadden Sea, nourish 12 million migratory waterbirds, including almost all the world’s ‘dark-bellied’ Brent Geese. On Ukraine’s Black Sea coast, Sivash provides the key stopover point for Broad-billed Sandpiper: almost one-third of its western population may pause there. Research into the body fat levels of this stripy-headed wader suggests that southbound autumn migrants take migration to the wire, building up just enough fat to travel 1,300 km non-stop from Poland’s Baltic coast to Sivash. For its strategy to succeed, Broad-billed Sandpipers rely on Sivash’s brackish lagoons and mudflats remaining intact. Should they – or other wetland stopovers – be destroyed or become degraded, the waders risk death. 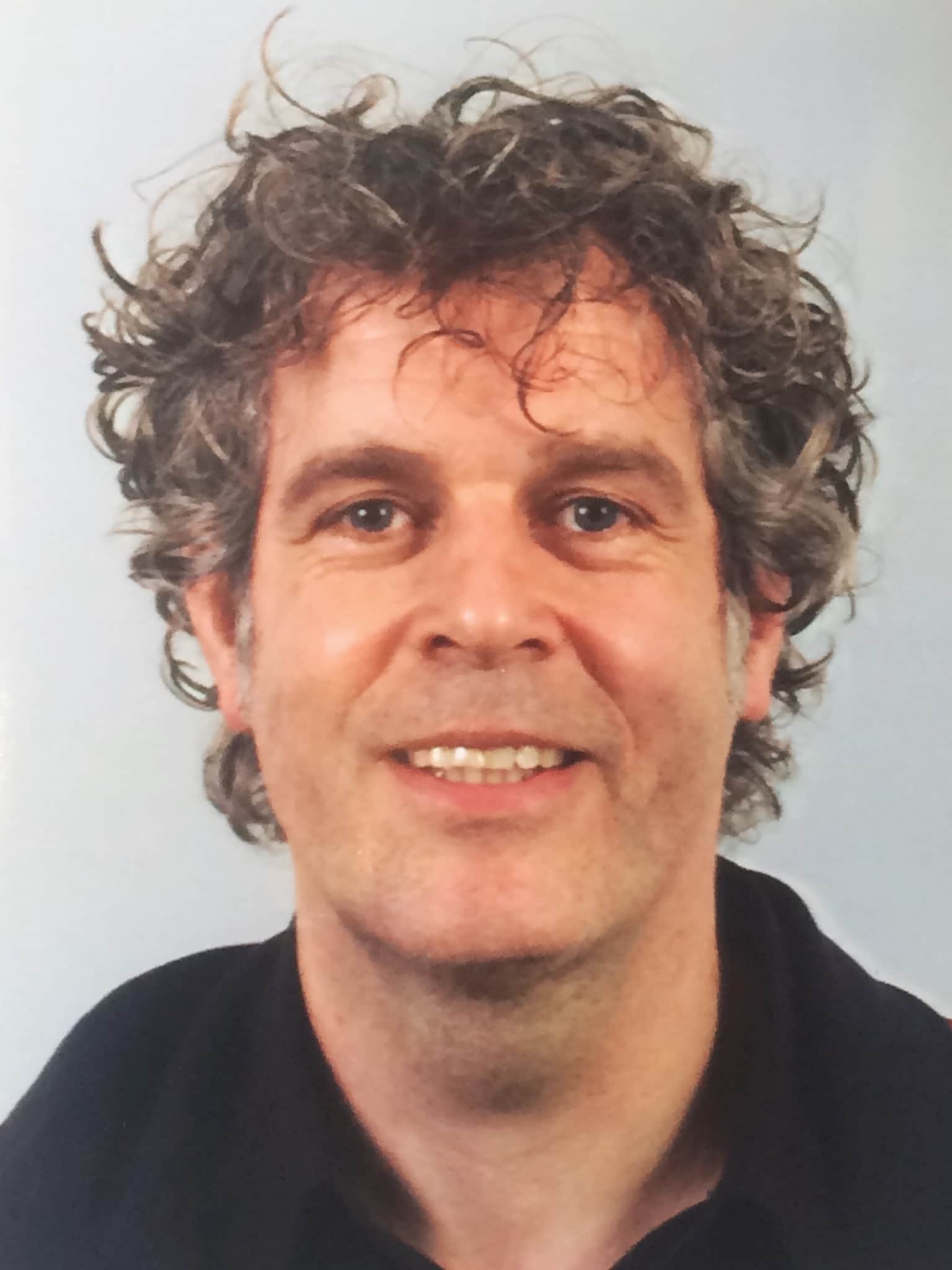 “Coastal wetlands are essential for birds to rest and refuel before continuing their gruelling, long-distance marathon.”

The tragic case of Great Knot exemplifies what happens when things go wrong. In the 2000s, the Republic of Korea reclaimed 400 km2 of Yellow Sea mudflats at Saemangeum by building the world’s longest seawall. Ninety thousand exhausted migrants arrived where the estuary should have been – but found neither habitat nor food. Unable to refuel, they died in transit. Removing this food-rich stopover for migrating Great Knot reduced the species’ global population by 20–30%. In 2010, Great Knot was catapulted from Least Concern to Vulnerable, then uplisted to Endangered in 2015.

One eighth of the world population of the closely-related Red Knot (Near Threatened) uses the same flyway, so these birds run a similar gauntlet. But it is the subspecies rufa, journeying along the eastern seaboard of the Americas from the Arctic to Tierra del Fuego, that has most dramatically suffered unintended consequences of human enterprise. Its population has slumped by 75% in 15 years because of problems at a single site, Delaware Bay (USA). Unlike Saemangeum, its habitat remains intact – but there is no longer enough food. Red Knots have long timed their spring arrival to feast on Horseshoe Crab eggs. But the crabs have been so overharvested that the food source has expired. With insufficient energy to fly the final 3,000 km to Canadian breeding grounds, it was game over.

“Coastal wetlands,” van Gemerden emphasises, “are a lifeline for hundreds of species that migrate through them every year.” But as the two species of knot demonstrate, this lifeline is fraying. The tension between avian need and human greed renders coastal wetlands, according to van Gemerden, “one of the world’s most threatened habitats, devastated by pollution, disturbance, drainage and development projects – and disappearing or being degraded worldwide.” Things will worsen with climate change: modelling suggests that a 2°C rise would impact four out of five US sample sites, destroying 20–70% of their intertidal habitat.

Globally, one sixth of mudflats (more than 20,000 km2 ) disappeared from 1984 to 2016. In the Yellow Sea, up to 65% of intertidal habitats has been lost in 50 years, vast muddy expanses reclaimed for agriculture, aquaculture or infrastructure. The difficulties many migratory birds face in completing annual migrations, van Gemerden says, are “leading to population collapses, pushing a suite of species towards extinction”. Moreover, this tragedy affects not just birds, but people too, given the importance of coastal wetlands in sequestering carbon and reducing flood risk through buffering wave energy.

Examples from the BirdLife Partnership are wide-ranging. The Bird Conservation Society of Thailand (BirdLife Partner), with support from BirdLife Species Champion Zeiss, is working with local conservation groups to protect working wetlands important for shorebirds such as Spotted Greenshank (Endangered). Audubon (BirdLife in the USA) has restored tidal marshland at San Pablo Bay, California, helping migratory shorebirds such as Willet as well as Black Rail (Endangered). BirdLife Cyprus has removed invasive reeds and created new pools to restore Akrotiri Marsh, a key breeding site for the migratory Ferruginous Duck (Near Threatened). Having worked on 70-plus coastal habitat creation projects in the UK, RSPB (BirdLife Partner) has consolidated its experience into a ‘sustainable shores’ action plan now being brought to a wider audience.

One sixth of mudflats have disappeared globally from 1984 to 2016

Site-based conservation is key, clearly, but BirdLife goes further. “We are also working with governments and businesses to ensure development projects are located out of harm’s way,” van Gemerden says. Again, examples are numerous. In Montenegro, CZIP (BirdLife Partner) successfully blocked construction at Ulcini Salina, persuading the government to protect nationally important saltpans instead. In Turkey, Doğa (BirdLife Partner) launched a successful legal challenge against construction of a ‘mega-bridge’ at Izmir Bay, where a tenth of the world population of Greater Flamingo comes to breed. SPEA (BirdLife Partner) is fighting the Portuguese government’s decision to construct an airport on the Tagus Estuary, winter home to 70,000 Black-tailed Godwits (Near Threatened).

In the East Asian-Australasian Flyway, BirdLife Partner Nature Society (Singapore) secured formal Government protection of mudflats and mangroves at Kranji-Mandai, thereby helping migratory Chinese Egrets (Vulnerable). In 2020, years of effort by BANCA (BirdLife in Myanmar) successfully quadrupled the protected area of mudflats in the Gulf of Mottama to 1,610 km². Alongside restoring habitat at Geum Estuary, the Republic of Korea’s most important wetland following the destruction of Saemangeum and a migratory haven for 5,000 Far Eastern Curlew, the BirdLife Partnership helped South Korean authorities secure the tidal flats’ designation as a World Heritage Site earlier this year. “BirdLife has been extremely influential in guiding governments to take action,” van Gemerden underlines.

This is all great news, but the chain of sites that forms a flyway is only ever as strong as its weakest link. “The loss of a wetland in one country directly affects the number of birds in other nations,” van Gemerden explains. Sadly, the spectre of development looms over wetlands worldwide. Two particularly worrying current examples come from opposite ends of the planet. Canada’s Fraser River Delta, the vital final northbound stopover for most of the world’s Western Sandpipers, is threatened by a proposed massive expansion of a freight terminal. In Australia, meanwhile, 3,000 wintering Far Eastern Curlews are imperilled by plans for a marina and apartment complex at Moreton Bay.

In both developments, BirdLife Partners are on the case. “Through pooling the experience, capacity and influence of our global Partnership,” van Gemerden says, “we are uniting countries along all the world’s major migration routes, ensuring birds have a linked chain of safe havens throughout their journeys.” The world’s coastal wetlands and their migratory waders – whether leggy and long-billed or otherwise equipped – need BirdLife’s help. And that means yours too.

Spotted Greenshank: on the upturn

Spotted by BirdLife in Thailand: an exciting new project that aims to turn around the declines of one of the world’s rarest – and most intriguing – shorebirds

Read articleSpotted Greenshank: on the upturn