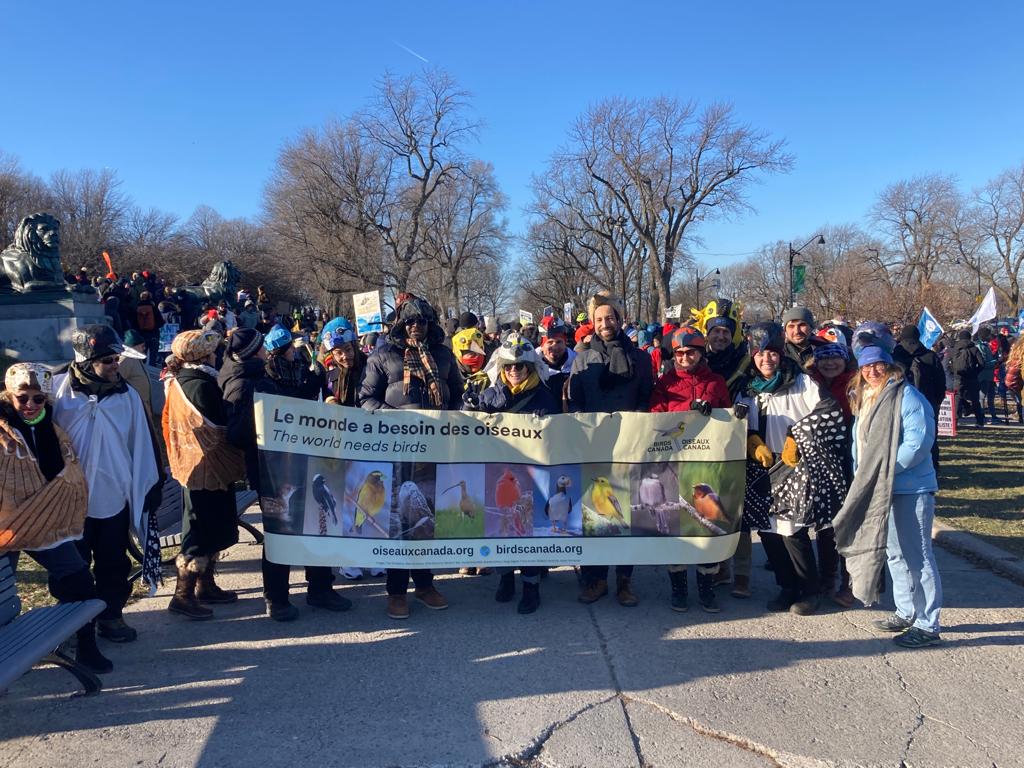 The stakes are incredibly high because the final text will set the agenda for nature conservation over the next decade. The 196 nations that are signatories to the Convention are expected to translate the targets into domestic action with funding (institutional, philanthropic and private) hopefully aligned.

There is still an enormous amount to do, although the pace has fortunately quickened over the past 48 hours, which will hopefully deliver a text with fewer issues left for ministers to resolve. There is a risk that in the haste to remove brackets (text in brackets means that it is yet to be agreed) key issues get dropped, and we end up with a weak, toothless deal which fails to drive the transformative shift we need.

Header image: Protestors in colourful costumes at the March for Nature and Rights in Montreal, Saturday 10th December

The statement makes the following points.  COP15 negotiations must include time-bound targets for key drivers of biodiversity loss to be addressed. Time-bound means that progress or the lack thereof can be determined in real-time.  Achieving success will require wealthy countries to rapidly reduce the impact of their consumption. Researchers, conservationists, and the public across the world are also urging leaders for this agreement to include ambitious goals to ‘Halt and reverse the loss of biodiversity and put nature on a path to recovery by 2030.’ In other words, rather than simply stopping the further decline in species and habitats, we need to achieve a state where the amount of biodiversity worldwide is actually increasing.

There is a profound need for a human rights-based approach recognising the right to a healthy environment, which must be embedded into the operational goals and targets of the framework.

…whether the final text will commit nations to protecting and conserving 30% of all terrestrial, inland water, coastal and marine ecosystems by 2030 and how to ensure this will really focus on the key areas for biodiversity

Decisions in the final few days will determine whether governments do or do not want to put us on a path to a nature positive world.

BirdLife reinforcements are also arriving this week with the number of Partners participating swelling to 20 (from all continents), each with an ability to influence their country delegations and complementing the impressive show of civil society strength both inside and (as the successful Montreal march showed yesterday) outside the conference hall. Their chants haunt the hallways.

“What do we want? Nature positive!

Patricia Zurita, BirdLife CEO, spoke to this crucial week ahead. “The power of our global family of national partners to influence and support their country’s negotiators with BirdLife’s science and policy is undeniable.  We insist that nature be at the heart of the solutions and action adopted. But conservation will not be enough. We must also radically change our consumption and the drivers that have created the nature crisis. Whether toxic agricultural subsidies, unsustainable fisheries or deforestation, our practices must be stopped and reversed. Governments must rise to the urgent challenge now if we and our planet are to have a chance of survival.” 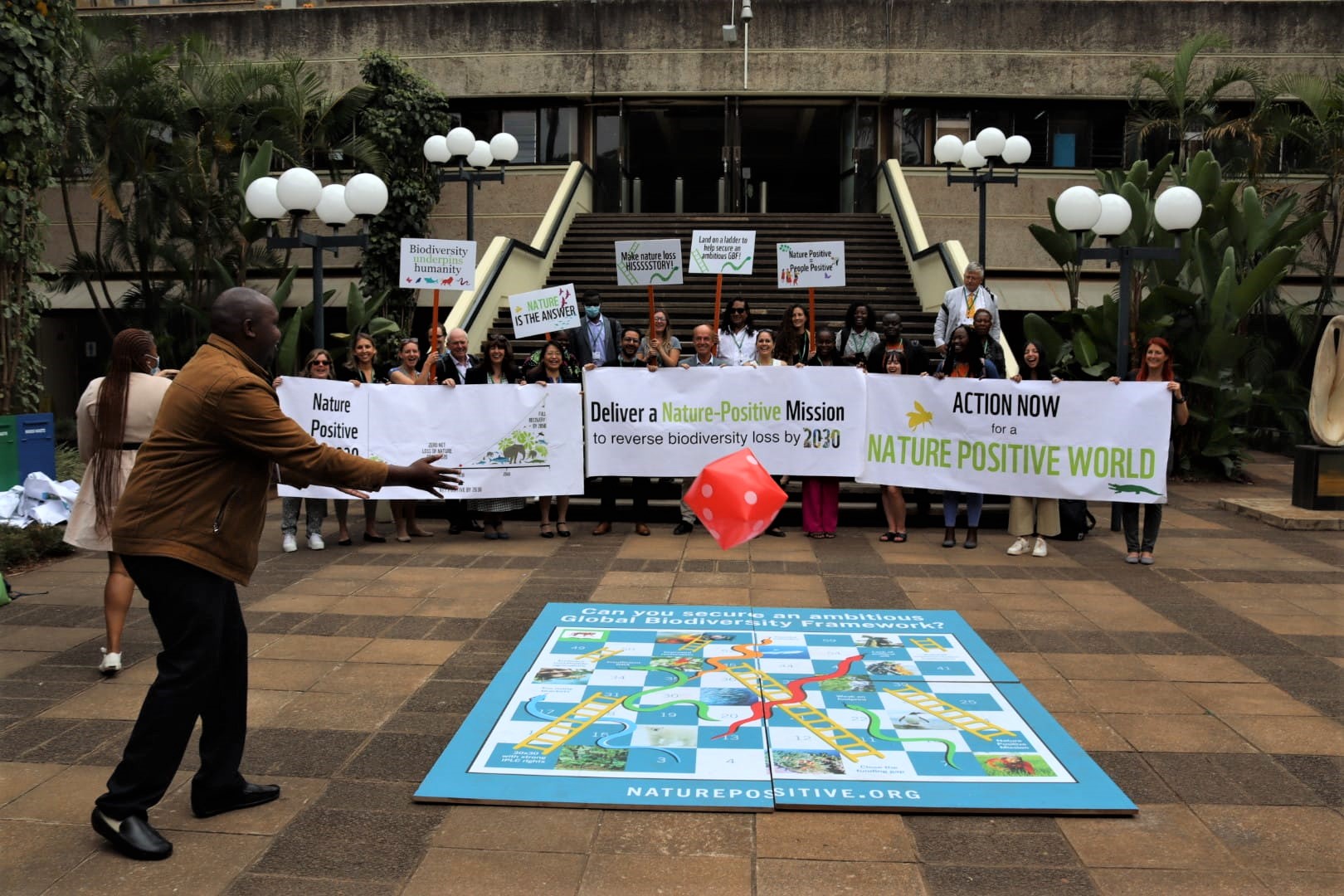 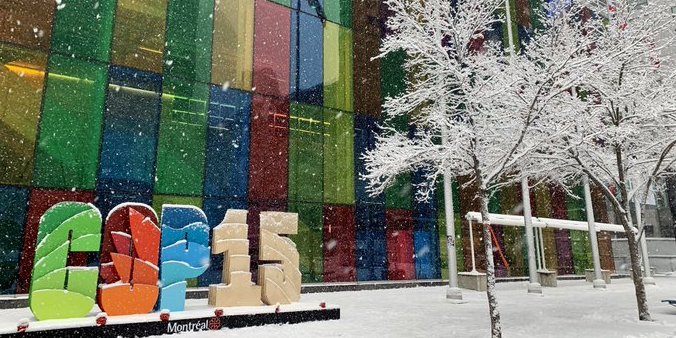 Nature CoP15 gavelled to a 3AM happy close with anxieties

BirdLife joins other NGOs in recognising the good, but is concerned about roadmap. Before trudging out into a dark and snowy Montreal night, BirdLife negotiators and partners joined with the assembled leaders and delegates to salute the long-awaited approval of a global biodiversity framework designed to set us on a path to save nature and the planet.

Read articleNature CoP15 gavelled to a 3AM happy close with anxieties 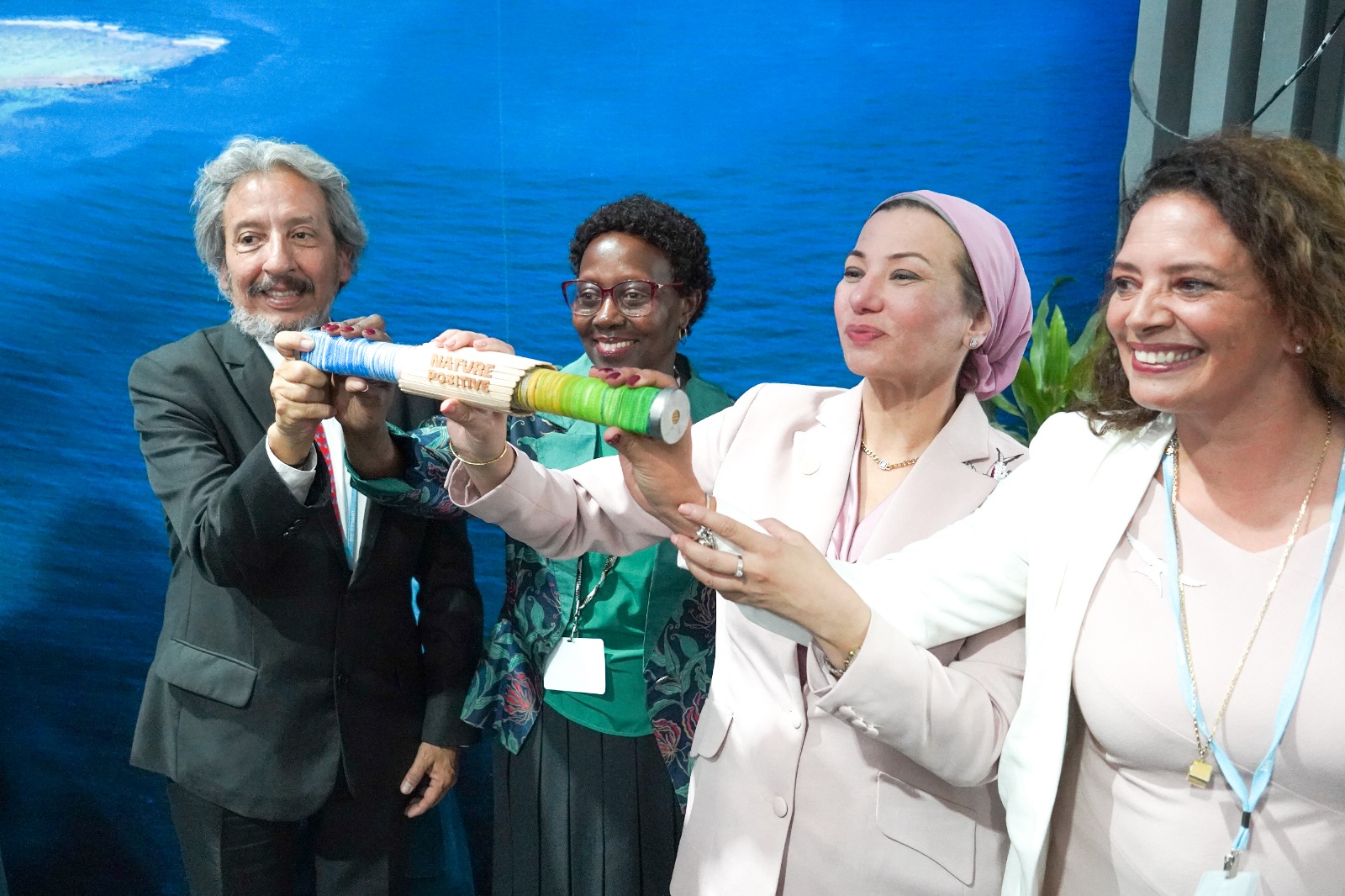