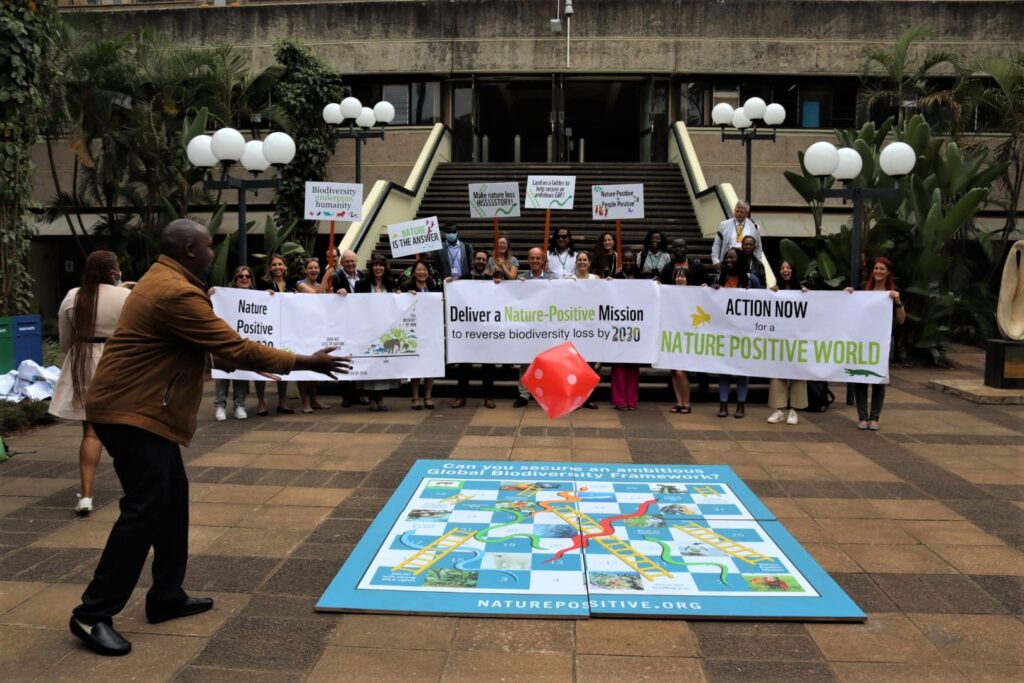 Negotiations have fallen short, with little progress made – not what one wants to hear when these negotiations aim to save humanity from the nature crisis. Yet, that’s the feeling after the much-anticipated Convention on Biological Diversity (CBD) meeting last week in Nairobi, Kenya, where delegates discussed the Post-2020 Global Biodiversity Framework – an agreement aimed at halting and reversing biodiversity loss. The Nairobi meeting was a crucial opportunity to advance the framework ahead of the CBD’s Conference of Parties (COP15) later this year (to be held in Montreal, Canada and hosted by China). Sadly, conservationists left Nairobi with more gloom than cheer.

Nature is in crisis. Humanity is waging war against nature, leading to its decline at unprecedented rates, with grave impacts particularly on vulnerable people and countries, and it needs to stop: BirdLife and other environmental NGOs are calling for a halt and reversal of biodiversity loss by 2030 to ensure a nature-positive world for people and planet. Unfortunately, the Nairobi talks did not reflect this aspiration. The text on the table at the end of these painfully slow negotiations is inconclusive and woefully inadequate. While some parts of the draft framework text were refined, other parts were expanded, with much of the text still in square brackets – indicating lack of agreement. Further extensive negotiation is still needed, with difficult decisions still to come, and thus we are far from agreeing a transformative deal at COP15.

“The Nairobi meeting, billed as a crucial opportunity to get our acts together before COP15, provided a chance for Parties present to work together to find common ground, and replace talk with action by producing text that is both ambitious and clear,” said Yemisi Fawibe-Oke, Policy & Advocacy Manager, Nigerian Conservation Foundation (BirdLife Partner), who was part of a BirdLife Partnership team on the ground in Nairobi. “Unfortunately, this remains to be seen, with targets full of contradictory language and some around 20 lines long.”

Header image: Governments are rolling the dice with our futures

What needs to be done?

Ahead of COP15, political will and commitment will be needed to ensure that negotiations progress apace. BirdLife calls upon global leaders to prioritise nature and push for an ambitious deal at COP15. Frankly, anything short of this will be disastrous:

“The world needs to understand how critical it is that an ambitious agreement for nature is adopted at COP15. Climate change and nature are inextricably linked – nature is impacted by climate change but is also part of the solution,” said Melanie Heath, Director of Science, Policy and Information at BirdLife International. “We call on leaders to give the nature crisis the attention it requires, and ensure this translates into the negotiations process. Most key elements of an ambitious framework are on the table and consensus is being built – but difficult choices remain, and ambition must build from Nairobi on the road to COP15 for a nature-positive deal that the world needs.”

What we are calling for

BirdLife International is calling for an ambitious framework in five areas, which have all seen good progress but which still need consolidating:

Ken Mwathe, Policy & Communications Coordinator for BirdLife Africa, urges action: “Governments and stakeholders have no better chance than now to put in place a framework that will transform the harmful way in which we live, to the detriment of biodiversity and ultimately ourselves. A business-as-usual approach is not an option. The new framework must contain bold, transformative elements including increased, predictable funding to support implementation.”

Given the slow pace of negotiations witnessed in Nairobi, more commitment and political support at the highest level is needed ahead of Montreal. As the CBD plans to convene another round of talks ahead of COP15, ambition, leadership, cooperation and political will from countries will be needed to ensure that the final negotiations are a success.

“Only through an ambitious Global Biodiversity Framework can we reverse nature’s decline and put the world on a nature-positive trajectory,” said Heath. “We have five months to get it right, and the clock is ticking.”