Christal Dube walks slowly in the sun-soaked landscape, near Hwange National Park in northwestern Zimbabwe. With a field binocular, he slowly scans the horizon for vulture nests. Christal is part of a Vulture Support Group (VSG) carrying out vulture surveys.  Over the years, vulture populations in Africa have drastically declined due to various factors including poisoning, belief-based use where vulture parts are used for traditional medicine, and electrocutions among others. To halt this decline, BirdLife and its network of partners have rolled out interventions to save vultures, with local communities at the heart of these engagements. In Southern Africa, BirdLife partners in Zimbabwe, Zambia, and Botswana are working with local communities to protect vultures.

After learning about the importance of vultures today, I now see them differently and will tell anyone who comes to our community to ask for vulture body parts that vultures are important and should not be killed.

In 2019, BirdLife Zimbabwe (BLZ), BirdLife Partner with funding from the Isdell Foundation and BIOPAMA established the 12000 ha  Gwayi Vulture Safe Zone  adjacent to Hwange National Park, consisting of private and communal game farms.  Three Vulture Support Groups (VSGs) were formed in 2020 in the area and trained in vulture identification and monitoring as well as in rapid response to poisoning incidences.  The VSGs consist of people of different age groups, including women. The groups are self-governing volunteer groups whose mandate is to raise awareness on vultures, champion vulture conservation work and partake in vulture monitoring in liaison with the landowners. The groups go out every fortnight visiting all known active vulture nests, sometime walking over ten kilometres to the furthest nests. The group members have also kept in touch with the BLZ office informing them of any mortalities and rescuing any birds found incapacitated.

“We are going to continue with the programme and we don’t want it  to stop at any time for whatever reason”, says Rueben Mkandla, a member of one of the VSGs  “VSGs were started as a way of cementing community participation in environmental protection and management as stewards of biodiversity in their areas. The VSGs would be the vehicles for promoting vulture conservation in their areas with members of these groups actively involved in vulture conservation. BirdLife has invested heavily in the Site Support Group (SSG) system which is a tried and tested system which works very well, VSGs are a slight adaptation from the SSG concept”, notes Fadzai Matsvimbo, Preventing Extinctions Programme Manager at BirdLife Zimbabwe. 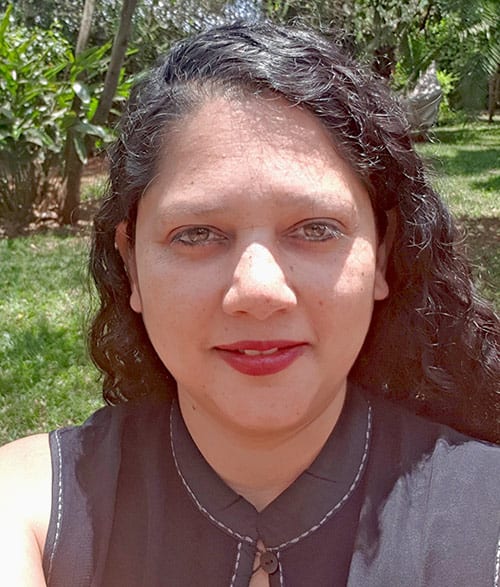 BirdLife International is excited to see how vulture support groups are taking shape in Southern Africa as we truly believe engaging communities is a vital part of any conservation efforts as we work towards inclusive and participatory approaches to saving these iconic creatures.

In the 2021 breeding survey, the BLZ team did not discover any nests that had not been previously identified   by the VSGs. Over 30% of the 33 nests found were away from the survey transect and would not have been discovered without the VSGs members assistance. Based on the success and lessons learnt from Gwayi, two more VSGs are in the process of being formed.

Furthermore, two VSGs are being trialled in Zambia and Botswana, albeit with their own adaptations to suit the landscape and land tenure systems in the two countries.  While the intended objective of forming VSGs is to monitor vulture populations, report poisoning incidents and prevent further wildlife poisoning through rapid response, community members are not permitted to conduct these activities in protected areas except under a special termly permit issued by the Department of National Parks and Wildlife (DNPW) in Zambia.

However, the VSG concept will be adopted and adapted to focus on raising awareness on the value of vultures in communities and reporting vulture sightings to BirdWatch Zambia (BWZ) BirdLife Partner through DNPW who are in full support of the initiative.

“ We have engaged community members and taken note of interested individuals in communities surrounding the Kafue National Park that will potentially form support groups in their areas”, notes Mary Malasa, Programme Officer at BirdWatch Zambia.

BWZ has been conducting education and awareness programmes on the plight of vultures and the ecosystem services they provide in different parts of the country. This has included the production of awareness materials and the use of local radio stations to broadcast the message.

“ After learning about the importance of vultures today, I now see them differently and will tell anyone who comes to our community to ask for vulture body parts that vultures are important and should not be killed”, said Grace Chitumba, a community member who participated in one of the awareness programmes carried out by BWZ.

In October 2021,  BirdLife Botswana,  BirdLife Partner  set up a Regional Anti-Wildlife Poisoning Team, the Chobe Wildlife Poisoning Monitoring Committee which is made up  of individuals from relevant  government departments (Department of Wildlife and National Parks, Department of Animal Production, Department of Crop Production, Botswana Police Services and Botswana Defence Force), representatives from local conservation NGOs and  community representatives from eight  of the nine villages in Chobe district, in the vicinity of  Chobe National Park.

The mandate of this committee is to facilitate monitoring, reporting and response to poisoning incidents in Chobe. The presence of the committee will result in increased public awareness and support of local communities to deal with potential drivers of retaliatory poisoning. “ The Chobe District Wildlife Poisoning Monitoring Committee has committed to zero death of wildlife, particularly vultures through the misuse of agrochemicals. This is demonstrated by eagerness of individual village subcommittees on issues revolving around utilisation of agrochemicals which are often implicated in wildlife poisoning and have disastrous impacts on vulture populations”, notes Letlhogonolo Phologo, Principal Wildlife Biologist at the Botswana Department of Wildlife and National Parks.

So far, the committee has identified challenges, needs and appropriate approaches to tackling wildlife poisoning in the area and the production of a 2022 workplan draft which will be adopted at the next meeting. The committee has also contributed to the development of communication material for information boards installed in Chobe and initiated the establishment of village level Anti-Wildlife Poisoning Teams in five of the nine villages in Chobe District.

“ BirdLife International is excited to see how vulture support groups are taking shape in Southern Africa as we truly believe engaging communities is a vital part of any conservation efforts as we work towards inclusive and participatory approaches to saving these iconic creatures” concludes Salisha Chandra, Vulture Conservation Manager, at BirdLife International.