The scene is a grim one: rangers wearing protective gear paddle out in a dinghy to the middle of Hula Lake, Israel, to start retrieving the dead Common Cranes scattered across the water. Their job is cut out for them: more than 5,000 cranes succumbed to the recent bird flu outbreak, which hit Israel in December 2021.

“The first signs of a massive event appeared in wild birds around 12-13 December,” says Yoav Perlman, director of SPNI (BirdLife in Israel). “The epicenter is in the Hula Valley. However, in recent weeks more and more cases have been found elsewhere in the country, with a higher ratio of non-cranes, including raptors such as Common Buzzards and Eurasian Kestrels.”

Israel’s Environment Minister Tamar Zandberg called the incident “the worst blow to wildlife” in Israel’s history – but the outbreak has also affected domesticated birds. Local farmers have had to cull half a million chickens, causing serious loss of income and even prompting fears of egg shortages. But what is this virus, and where did it come from?

There are numerous different strains of avian influenza, or ‘bird flu’. Most are benign, at worst causing only mild disease, and circulate in wild birds. Under the crowded conditions of intensive poultry rearing, however, some variants can evolve into “Highly Pathogenic Avian Influenza” (HPAI) viruses, which can cause massive mortality in poultry. The strain H5N1 is of particular concern. It is primarily a poultry disease, but can impact wild birds too.

“H5N1 is responsible for the outbreak in Israel, and is similar to the strain that hit Barnacle Geese in Scotland recently,” explains Perlman. “From what I know, the first Avian Influenza cases in this outbreak in Israel were identified in poultry farms and only later in wild birds. However, with large-scale outbreaks across Europe just before Israel, one could speculate that wild birds migrating south from Asia and Europe carried the disease with them.”

When the scale of the problem was realised, the State of Israel declared it a national security crisis based on the risk to the poultry industry and to humans. So far, action has focused on disposing of bird carcasses and closely monitoring the spread of the epidemic. However, according to Perlman, it took the authorities far too long to spring into action, which may have increased infection rates in the Hula Valley.

“I think that 10 precious days were lost, maybe more. However, since the carcass removal process commenced second half of December  about 80% of carcasses have already been cleared,” he says. On a more positive note, SPNI is uniquely placed to offer their help. “We are using our network of birders – both staff and volunteers – to detect dead or dying birds, and report them promptly via a specialized system,” explains Perlman.

SPNI staff are also present on-site in Hula Valley, aiding the clean-up operations and advising the government as part of a national panel of experts. After the crisis is over, they will continue to advise on how to address and prevent future incidents, including whether to amend bird feeding practices at Hula Lake to prevent large numbers congregating and spreading disease.

Above: Hula Valley is important rest stop for the Common Crane on its migration south to Africa © Oren Valdman 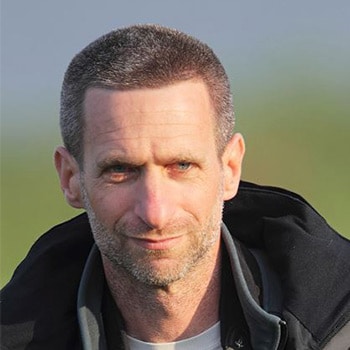 “We are using our network of birders – both staff and volunteers – to detect dead or dying birds, and report them promptly via a specialized system.”

Alongside 27 European countries impacted by the outbreak, the UK is experiencing its largest ever outbreak of bird flu, which has led to 500,000 poultry and other domesticated birds being culled in recent months. Since the start of November, an avian influenza prevention zone had been declared across the country, requiring strict biosecurity measures and all captive and domesticated birds to be kept indoors.

One of the most notable wild casualties was a rare White-tailed Eagle found dead on the Isle of Skye – thought to be Scotland’s first ever case of avian flu detected in an eagle. Researchers believe the raptor may have fed on infected Greylag Geese.

In addition, Martin Fowlie of the RSPB (BirdLife in the UK) says: “We are very concerned about the large number of deaths of Barnacle Geese on the Solway Firth, Scotland. This number is now estimated to be in excess of 4,000 birds, with some estimates suggesting that between 15-20% of the Svalbard Barnacle Goose population has died.”

He adds: “The RSPB is following the government guidance on our reserves, implementing biosecurity measures to minimise the spread of disease. Surveillance and monitoring is crucial to not only help understand why this outbreak is so large, but also to look for potential population impacts on species severely affected. People finding numbers of dead wild birds should report them to the relevant government authorities.”

27 European countries have been hit by the outbreak so far

We’ve seen the worrying impact that bird flu can have on wild birds, as well as the measures required by the poultry industry to ensure adequate biosecurity – but what is the risk to humans? Fortunately, so far it is relatively low. The virus has been known to jump from birds to humans in where there is extensive close contact, usually on poultry farms, with an infection reported in the UK last week from someone who had regular close contact with infected domesticated birds. However, it cannot spread from person to person, so is unlikely to cause a global pandemic like that driven by COVID-19.

Globally, from January 2003 to 30 December 2021, there were 863 cases of human infection reported from 18 countries. Of these, 456 were fatal. But according to the World Health Organisation, despite this winter’s surge, “The overall pandemic risk associated with [H5N1] is considered not significantly changed in comparison to previous years.”

Nevertheless, citizens are advised to keep their distance from birds that look ill or distressed, and to thoroughly wash their hands after refilling garden bird baths and feeders. Regularly cleaning this equipment is also necessary to stop disease from spreading between birds. Furthermore, the UK’s Chief Vet Christine Middlemiss told BBC Radio 4’s Today programme: “If you keep chickens and you want to feed wild birds, you need to make sure that everything is completely scrupulously clean and absolutely separate so that you don’t take infection into your own birds and make them sick.”

Applying effective biosecurity in the poultry industry is the primary requirement to control H5N1 bird flu. However, in the last big outbreak of 2006, authorities in some parts of the world proposed attempting to control the spread of bird flu by culling wild birds, destroying their habitats, or displacing them from breeding and roosting grounds. Such measures are ineffective and could often make matters worse, as well as distracting from more suitable interventions. They also add to the stresses already imposed on many species by habitat loss.

“The main conservation concerns are around calls to cull wild birds, and blaming wild birds for the problem rather than ineffective biosecurity measures in the poultry industry,” says BirdLife’s Chief Scientist Stuart Butchart. “BirdLife Partners worldwide are monitoring the situation and continuing to advocate for the protection of wild birds.” 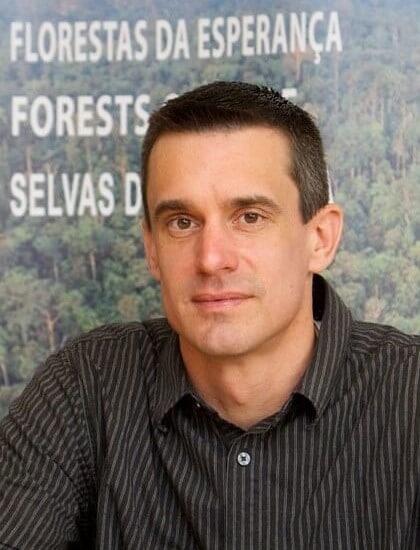 “The main conservation concerns are around calls to cull wild birds, and blaming wild birds for the problem rather than ineffective biosecurity measures in the poultry industry.”