Not far from the bustling city of Seocheon, at the mouth of the Geum estuary in South Korea, is the relatively flat island of Yubu. Except for a small, hilly, wooded area, Yubu is surrounded by vast expanses of tidal flats. Each year, several thousand Eurasian Oystercatchers of the distinctive eastern form osculans congregate in a staggering spectacle on Yubu’s shore – perhaps more than at any other wetland in eastern Asia.

Crossing to the mainland at Seocheon, the ebbing of the tide exposes intertidal flats that stretch as far as the eye can see into the Yellow Sea (or West Sea as it is known in Korea). These support a sizeable percentage of the populations of two threatened shorebirds, Far Eastern Curlew and Great Knot (both Endangered), as well as a small but steady stream in migration times of two even rarer waders, Spoon-billed Sandpiper (Critically Endangered) and Spotted Greenshank (Endangered).

The estuary of the Geum River in Seocheon county, including Yubu island, is one of four coastal wetlands inscribed in July this year by the United Nations Educational, Scientific and Cultural Organisation (UNESCO) as a World Heritage Property. These sites also include well-known Suncheon Bay on the south coast, which hosts almost a third of the world population of Hooded Crane (Vulnerable), and the mudflats of Gochang and the Shinan archipelago.

The prestige that comes with UNESCO status not only embodies outstanding importance of a site for biodiversity, but also provides some of the best guarantees for good management and protection. UNESCO inscription of these four wetlands therefore marks an extremely significant milestone in the conservation of the critically important intertidal wetlands of the Yellow Sea, and confirms what the conservation community has been advocating for – that these wetlands are important at the international level.

Not that long ago, the wetlands of the Yellow Sea were far from secure. In 2006, South Korea took the controversial decision to dam and reclaim a vast area of estuarine intertidal flats at Saemangeum, about 20 km south of Yubu, to boost its ailing economy. At the time, Saemangeum was recognised as the top site in Korea for migratory shorebirds – it hosted almost 95,000 Great Knot, among hundreds of thousands of other waterbirds.

The tragic loss of Saemangeum displaced large numbers of migratory waterbirds and is believed to have hastened the decline of the Great Knot in the East Asian-Australasian Flyway. Elsewhere in South Korea and in China’s provinces on the Yellow Sea, coastal wetlands were also increasingly being lost to aquaculture, development and the rapid expansion of infrastructure amid the region’s economic boom.

More than 30 per cent of South Korea’s intertidal flats were estimated to have disappeared between the 1980s and 2000s. And as more and more of Korea’s wetlands gave way to reclamation in the years of rapid economic growth, it became increasingly critical to preserve what remained of these coastal hotspots around the Yellow Sea.

Heart of the flyway

Straddling the eastern coast of China and the Korean Peninsula, the Yellow Sea is, after all, the beating heart of the East Asian-Australasian Flyway. Many of the waterbirds migrating along the flyway depend on these critical wetlands to recuperate in one way or another, including virtually every threatened shorebird using this flyway.

Sitting on the north-eastern fringe of the Yellow Sea, South Korea’s wetlands form an integral part of this coastal ecosystem. Although not as well-known as some of the sites in China, these ecosystems are nevertheless comparable in importance for migratory birds as many of China’s sites, and ecologically they complement the Chinese wetlands.

In addition to being a vital staging ground for millions of waterbirds, South Korea’s Yellow Sea coast is also where several threatened species breed, notably the Black-faced Spoonbill (Endangered), Chinese Egret and Saunders’s Gull (both Vulnerable). Not to be forgotten is the population of Spotted Seal, designated by the Korean government as a Natural Monument by its Cultural Heritage Administration.

In 2015, the South Korean government made a bid for UNESCO recognition of several Yellow Sea wetland sites. The Korean World Heritage Promotion Team, led by Dr Moon Kyong-O, worked tirelessly to consult international stakeholders and lobby for support for the nominated sites. The team reached out to experts around the world, including BirdLife International, as well as our colleagues working in the Wadden Sea in western Europe – a UNESCO ‘coast-scape’ which parallels the Korean nomination in many ways.

The battle to protect

The road towards World Heritage Site inscription was not without setbacks. The nomination and consultation process raised many issues with the way wetland sites were to be managed and zoned, as well as questions on what made them outstanding for biodiversity at the international level. The coronavirus pandemic threw another spanner in the works, causing many conversations to be delayed. However, as the 44th Session of the World Heritage Committee loomed, the international community and Korean stakeholders were quickly galvanised into action.

The Korean World Heritage Promotion team convened a technical panel of experts to look into the biological value of the four nominated sites, especially their migratory birds, in order to demonstrate to the World Heritage Committee how the site would meet its criteria for outstanding universal value. Meanwhile, members of the East Asian-Australasian Flyway Partnership (EAAFP) were leading consultations with stakeholders and co-ordinating work to mobilise experts, bureaucrats, conservationists and local officials.

BirdLife International quickly got to work to assess data and how they met international criteria. The BirdLife Secretariat also worked hard with the EAAFP to mobilise the international conservation community for support. In total, 78 signatories were brought together, including representatives of no fewer than 33 BirdLife Partners.

The World Heritage inscription of the four South Korean sites as ‘Getbol, Korean tidal flats’ in July 2021 is a critical milestone in the work to protect these globally important wetlands. Beyond this, Getbol is also a matter of pride for South Korea, being its second natural property inscribed beside well-known Jeju Island. South Korea’s President Moon Jae-In noted that this proud moment did not happen overnight and was a result of the “wisdom and sacrifice” of many people and “desperate protection” – a testament to the work of the conservation community.

However, the inscription of Getbol is only the beginning of a wider, encouraging effort by the three countries to secure the Yellow Sea’s wetlands. China is building momentum on its work to nominate more than 14 new wetland sites on its coast for World Heritage status. “The Korean Getbol inscription complements the Migratory Bird Sanctuaries along the Coast of the Yellow Sea-Bohai Gulf of China (Phase I) World Heritage Site listed in 2019,” said Doug Watkins, Chief Executive of EAAFP. “It will strengthen international collaboration, particularly in the vision of transboundary joint efforts with China and DPR Korea, to conserve the wetlands of the Yellow Sea region, an irreplaceable migration hub for migratory waterbirds shared by the 22 countries in the Flyway.”

While celebrating this success, South Korea is now moving to the second phase of its nomination of World Heritage sites, which in time will expand the protected wetland estate in the country, including the vast mudflats around Ganghwa.

Efforts for wetland and biodiversity conservation are also gathering momentum in North Korea, which joined the Ramsar Convention just two years ago, and is now stepping up efforts to document its migratory waterbirds and strengthen protection of its wetlands. A series of World Heritage Sites of critical wetlands surrounding the entire Yellow Sea appears to be an increasing possibility, mirroring similar efforts in Europe’s Wadden Sea.

Given the global importance of the wetlands in the Yellow Sea, it is critical now that this momentum for strengthening protection of these valuable intertidal flats is not lost. Above all, there is a rare window of opportunity for the three countries to work together to secure the future of a shared heritage of wetlands, migratory birds and the many ecosystem services that come alongside these fantastic habitats. 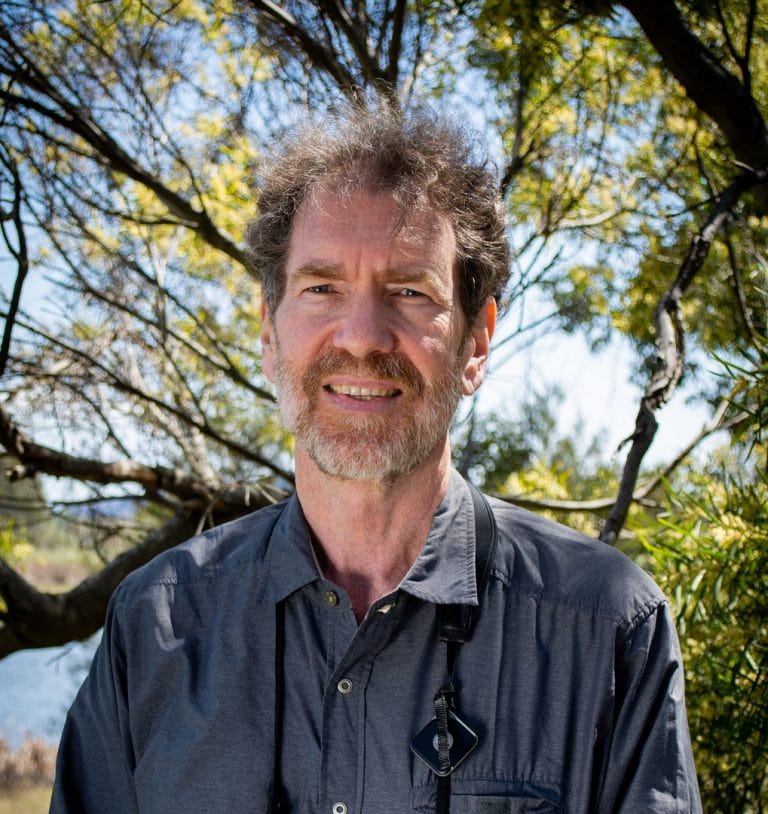 “It will strengthen international collaboration… to conserve the wetlands of the Yellow Sea region, an irreplaceable migration hub for migratory waterbirds shared by the 22 countries in the Flyway.”