Back to the Future: Sustainable Management of Heritage Resources and Traditional Landscapes in Morocco

Sometimes, to solve the problems of the future, we need to look to the ideas of the past. Discover how the Critical Ecosystem Partnership Fund (CEPF) is helping communities in Morocco to revive the traditional sylvo-pastoral resource management system “Agdal” to avoid more rangelands degradation and restore degraded rangelands.

Rangelands of Morocco are vital for the country’s wildlife and people. It protects the land from flooding and soil erosion, as well as replenishes underground water supplies, thus mitigates the negative effects of climate change. Sadly, Morocco’s territory suffers from progressive desertification. In some areas, this process is sped up by encroachment of rangelands for crop production and overgrazing, which deprive the land of its natural vegetation cover.

However, livestock plays a vital role in the country’s society and economy and is the main source of income to pastoralists for millions of people in Morocco, and is of particular importance in the High Atlas, where around 26% of rural households depends on livestock production. Maintaining the right balance between environmental and socioeconomic aspects therefore requires wise management.

Fortunately, pastoralists’ centuries-old traditional ecological knowledge showcased that striking this balance is possible. The Agdal system is a communal governance system by which pastoralists managed communal land and regulated the grazing of livestock, under specific norms and rules. In years gone by, setting up Agdals ensured that resources were not exhausted, and that the area’s wild plant and animal communities remained intact.

Agdals have shaped the cultural landscape of the High Atlas Mountains through the centuries. They encompass specific areas, resources and access rules formulated by local communities to manage their territory. The Agdal system mainly relies on grazing rotation and the timing of opening and closing dates in the pasture. Grazing is prohibited during spring to allow the vegetation cover to complete its reproductive cycle, including the flowering, pollination, and seed production. These regulations help the whole landscape to come back to life every spring, replenishing the plants along with the animals that feed on them.

In recent years, however, there has been a major shift from nomadism to sedentarization in Morocco. In the past, pastoralists used to move between mountains and valleys, heading uphill in the spring and summer to feed their livestock on the mountain sides, and settling down in the valley in winter. Nowadays, many communities are staying put, building permanent homes, and developing agricultural lands. This change in land use has a negative effect on the natural resources of the area.

In order to address this, BirdLife (through its role as Regional Implementation Team for the Mediterranean Hotspot of the Critical Ecosystem Partnership Fund (CEPF)) supported two organizations, the Biotope foundation and AFMI (Association Foret Modèle Ifrane), to revive traditional practices and conserve the cultural landscapes of Morocco.

Overgrazing has placed a heavy burden on the natural landscapes of Ifrane National Park, Morocco. One of the biggest problems is that pastoralists would often take their sheep to cedar forests for grazing, causing a rapid decline in the number of trees. AFMI organization believed that the solution to overcome these issues, and avoid further degradation, lay in the traditional practices of the past.

Agdals had long been abandoned in Ifrane National Park, and tribal conflicts, mainly over water resources, complicated the situation even more. Urgent action was needed to bridge the gap between local communities and governmental institutions. And so AFMI, through CEPF grant, worked hand in hand with the Ministry of Agriculture, Fisheries, Rural Development, Water and Forests and the local communities within the national park. They agreed to revive theAgdal system over 67 hectares of communal pastoral lands.

The area was closed against grazing for six months, with rangers assigned to keep an eye on it. During this time, AFMI planted native vegetation in three priority sites in a bid to restore endangered plant species. It was finally decided that September would be the set grazing period, instead of spring. This would ensure that native plants had time to grow and mature and allow livestock to disperse seeds as they moved around the area. To secure the ongoing success of the grazing management process, AFMI also provided pastoralist with water resources in five sites around Ifrane National Park.

Agdals can only be sustained in the long term if they have the agreement and participation of local people. To help with this, AFMI held a number of different conversations with local communities and tribes over six months to highlight the benefits of Agdals for livestock and biodiversity. After witnessing the growth of plants and the enrichment of wildlife such as insects and small animals, local tribes pledged in favour of adopting the Agdal system and protecting it from violations.

As part of a past initiative, farmers in Ifrane National Park had been granted funding to establish apple farms. Since apple trees need a lot of water, artesian wells were drilled, which led to the depletion of groundwater. Through the CEPF grant, AFMI encouraged farmers to replace apple trees with lavender bushes. These pretty herbs have adapted to survive hot and dry conditions, and do not need watering. They can also be an important ingredient in soap making, which will provide alternative incomes for farmers, reducing pressure on natural resources. Adaptive solutions like Agdal have built new partnerships that enable this initiative to be scaled up and rolled out to new locations.

“Agdal is the best solution to revive biodiversity in Morocco,” says Lahcen Oukanno, Agdal Expert for AFMI. “This communal management system proved its efficiency over centuries.”

Building a solid knowledge base at Toubkal National Park

In southwestern-central Morocco lies Toubkal National Park, which encompasses 380 km2 of breathtaking mountains. Pastoralism is widespread here, but until recently there was no updated management plan for the park. Planning needs a solid knowledge base, and the park was in urgent need of insights into the wildlife of the park, the people who lived there and how they used the land. A limited attempt had previously been made to map the activities within the park, but due to lack of budget and resources, this study did not cover the whole 380 km2.

To fill in the knowledge gaps, the Biotope foundation, an international consultation company, worked through CEPF grant to analyze the current situation in the Toubkal National Park regarding grazing and biodiversity conservation. This information would be used to update and improve the management plan for the park. Through their previous work with the Toubkal National Park authorities, Biotope was able to identify priority areas for action. In cooperation with the park authorities, they chose to focus on the central zone of the park, where most of the activities take place.

The project team, in cooperation with the park authorities and a master’s student from the University of Marrakech, interviewed more than 100 members of the local community. This helped to build a stronger relationship between the local community and the park authorities, giving them the chance to sit and talk for the first time ever in some parts of the park. These interviews, alongside the field work, helped to improve the knowledge of flora, natural habitats, land use, and traditional practices – such as Agdal – within the park. Talking to elderly people and pastoralists helped the team to gain a deeper insight into traditional knowledge and the evolution of traditional practices over years.

Given these insights, reviving the Agdal system may be a good solution to overcome the shift to sedentarization in the park. However, this requires the commitment of local communities within the park. Therefore, the next step of the project will be to develop a tribal charter to be signed by local community members. Through this charter, they will agree to practice proper rangeland management and contribute to the restoration of the rangelands in their area.

Since herding will be prohibited during spring in some areas of the park to allow vegetation regeneration, alternative incomes must be provided. Therefore, Biotope is studying a compensation program, similar to those implemented by the Moroccan authority for forest conservation, to compensate pastoralists during the prohibition period. They are also working on identifying new opportunities within the national park to market the local community’s products to tourists.

Recently in Morocco, a new national law to improve pastoralism management has been published, and regional management plans for pastoral areas are under development. Biotope is conducting consultations with Moroccan authorities to understand the regional overview and recommend best practices to improve land use governance.

“Knowledge improvement within the Toubkal National Park is a great achievement,” says Cyril Barbier, Biotope foundation, Project Manager. “This could not be achieved without the CEPF grant. Through this project, private sector, park authorities, university student and local communities worked together for the benefit of the whole landscape.” 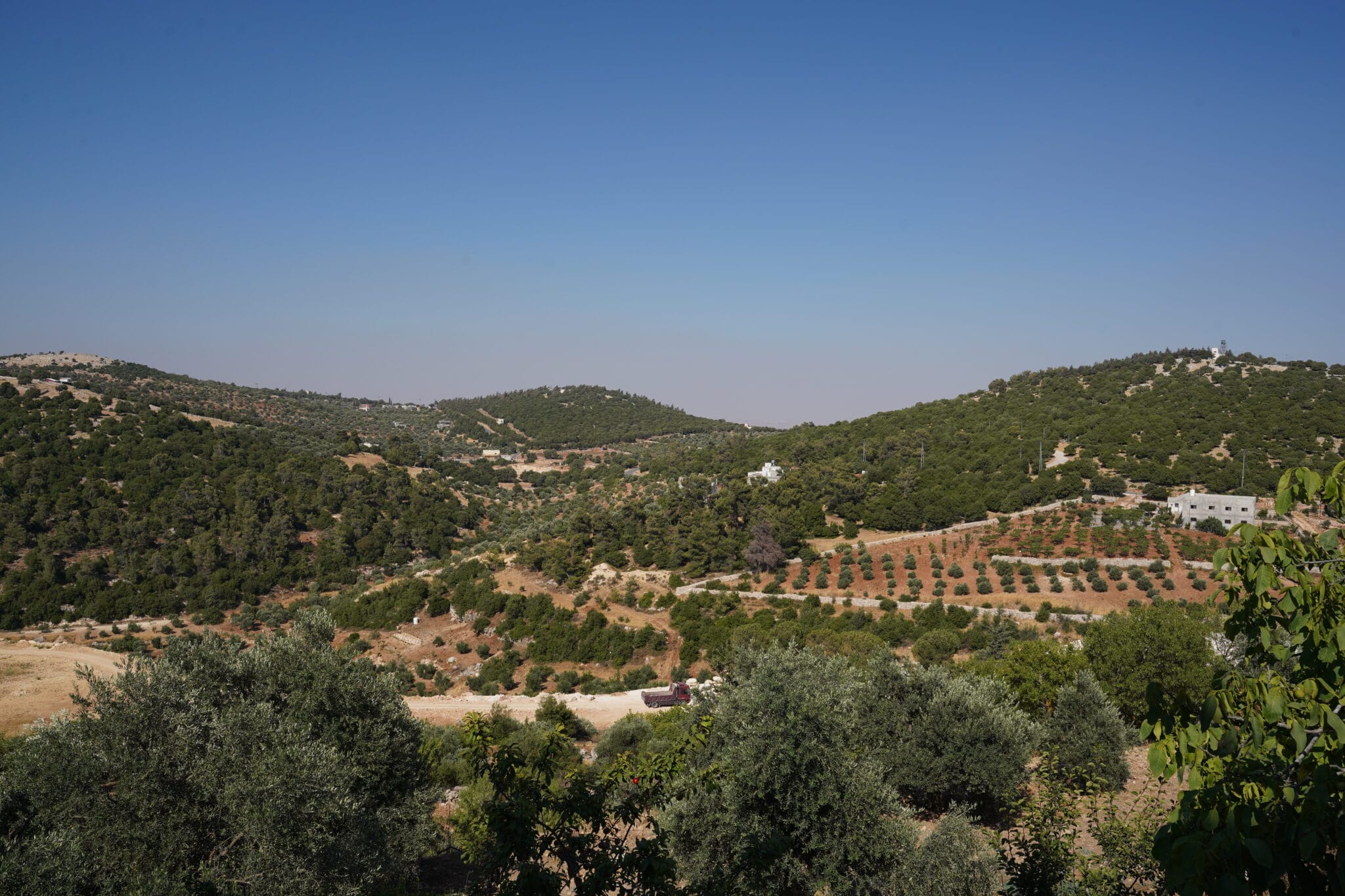 Although agricultural lands comprise just over 12% of Jordan’s territory, it contributes up to 20% of the national income. Unfortunately, Jordan’s agriculture is threatened by urban expansion, land fragmentation and climate change. Discover how we’re helping to combat this by training local communities in traditional practices.

Supporting the artisanal fishers of Zembra