Life span: between 12 and 20 years, long-lived birds as old as 28 years have been reported as well

Distinct features: Black-legged Kittiwakes have a white head and body, a grey back grey and black wings, black legs, and a yellow bill. Their diet is rich in carotenes and vitamin A, turning the of their mouths into a striking, intense red colour.

Main prey:  Kittiwakes are pelagic piscivorous birds, meaning that they only eat fish. They mainly eat small, pelagic shoaling fish, and sometimes invertebrates such as copepods, polychaete, and squids. Kittiwakes will also prey on fish offal and discards around fishing boats. This can be an important food source when their preferred prey is less abundant.

Monogamous pairs nest in colonies, usually in large numbers, on vertical, rocky cliffs by the sea. Breeding season starts in mid-June and ends in August. Females usually lay one or two eggs, and both parents share incubation duties. The egg hatches after one month, and the chick fledges between 33 and 54 days after hatching.

Chicks are born as semi-precocial, meaning that they are relatively mobile and mature after hatching, but are not able to properly thermoregulate during their first week. The first-born chick may kill its sibling to avoid food competition. Chicks may come back to the nest at night for several weeks after hatching, before eventually following the adults at sea where they spend the winter.

After breeding, these birds move out into the Atlantic where they spend the winter.

This seabird mainly breeds in Britain, Ireland, and Iceland. The largest colonies are found along the North Sea coasts of the United Kingdom, around Orkney and Shetland islands, off north-west Scotland, eastern Iceland, the north of Norway, and the Faroe Islands. The number of individuals in many of those colonies has significantly decreased in the last two decades.

In general, the population of the Black-legged Kittiwake is in decline over its entire breeding range and is in some places nosediving. Human activities impact breeding kittiwakes. With climate change and overfishing driving their main prey, sand eels and capelins, further North, parents are unable to find enough fish to feed their chicks.  To survive, they must either switch to different prey or try to follow their preferred food further North. But neither option is ideal, and both will impact the breeding success of these Kittiwakes that are already in decline. By changing their diet, or having to travel further for it, the birds exert more energy for the same amount of food, until they cannot sustain the needs of their chicks any longer, until they ultimately starve to death.

BirdLife and the Black-legged Kittiwake

An amazing seabird-tracking collaboration led by BirdLife has revealed a new major seabird hotspot in the North Atlantic high seas, used by up to 5 million birds! Among 21 species from 56 colonies within 16 different countries, this area is also used by kittiwakes. The protection of this area where kittiwakes winter is crucial to enhance their breeding success.

To protect these seabirds, it is crucial that we do more monitoring of the other threats these seabirds face in their wintering grounds, such as overfishing, marine pollution and bycatch to guarantee kittiwakes have good quality wintering areas. This is essential to stop them from heading towards extinction.

This newly designated Marine Protected Area, known as NACES (North Atlantic Current and Evlanov Seamount), is in the high seas, and beyond national jurisdiction.

The name kittiwake is derived from its call, a shrill ‘kittee-wa-aaake, kitte-wa-aaake’.

With its graceful flight, the bird is the most pelagic of the gull and tern families, almost exclusively found at sea, except during their breeding period.  To seduce the female, male kittiwakes will feed them at their nest site. They will also jerk their head up and down, gradually opening their bill, to attract a female. 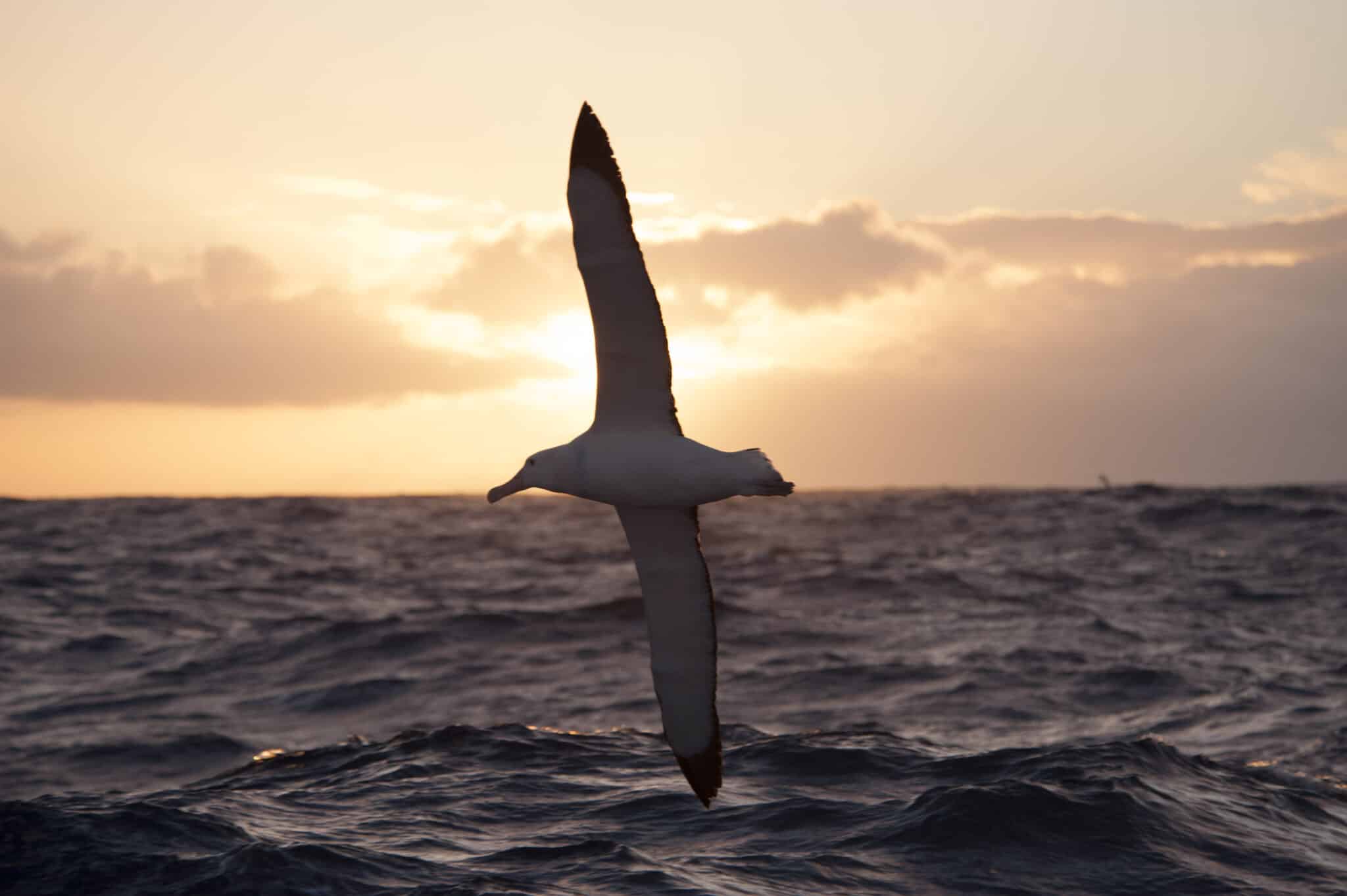 Bycatch risk for Wandering Albatrosses venturing to the Patagonian Shelf

As with many of the world’s albatross species, bycatch from fisheries is a major threat to Wandering Albatrosses. A new study led by BirdLife and the British Antarctic Survey, in collaboration with Global Fishing Watch, revealed that over half of Wandering Albatrosses that breed on Bird Island, South Georgia, come into contact with fishing vessels from multiple fishing nations. Bycatch risk was highest along the Patagonian Shelf break, highlighting the critical need for conservationists to work with multiple fleets to implement best-practice mitigation measures in the region. Two-thirds of the world’s albatross species are globally threatened because of human action, with up to 100,000 birds killed annually as bycatch. Fortunately, BirdLife and partners are turning the tide on albatross extinction.