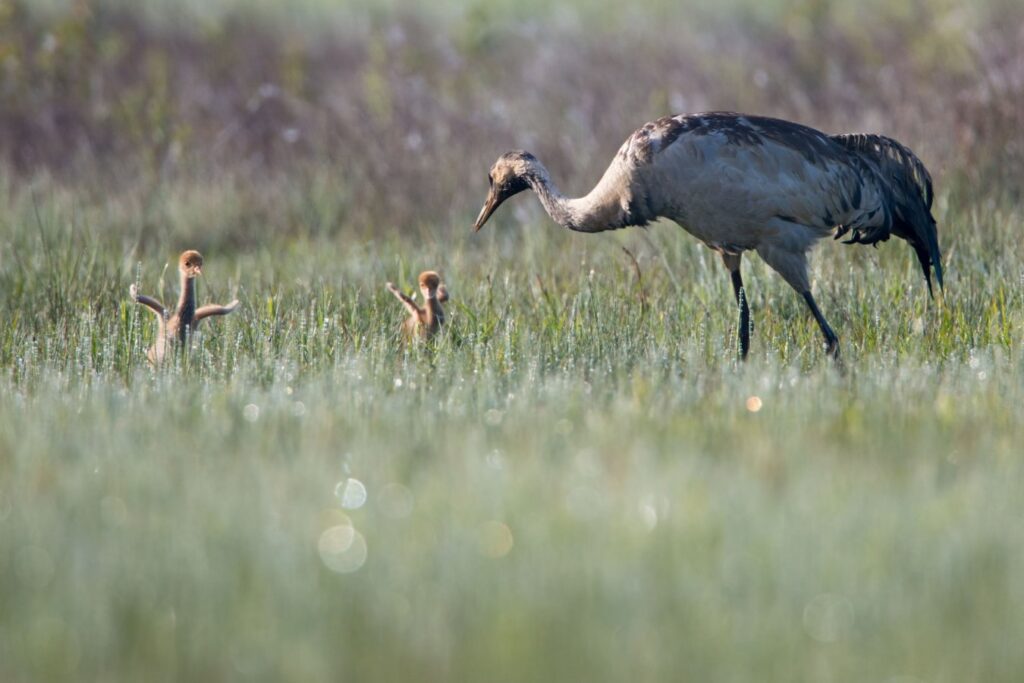 Meet the first two Common Cranes ever to be born in Belgium.

Have you heard of Gru and Dru? They’re two little Common Crane (Grus grus) chicks who are just nine weeks old. They’re eating roots, hanging around the nest, and beginning to fly short distances; like other chicks of their age. But they are not just any cranes: these two little chicks are possibly the first Common Cranes ever to be born in Belgium.

Although Common Cranes can be seen in Belgium every year, as they travel by the thousands during their summer and winter migrations, there’s no record of them ever nesting and breeding in Belgium before. We do have hints from the distant past, such as a local swamp named ‘Craenengoor’, where cranes are said to have been observed in the 16th century, but we have no real evidence of any cranes breeding there.

Gru and Dru were born in the valley of the Black Brook, a nature reserve run by BirdLife Partner Natuurpunt in northeastern Belgium. What made their parents choose to breed there?

Like when people look for a new home to start a family, when cranes look for a breeding spot, the place has to tick a few boxes. It needs to be sufficiently contiguous (not fragmented by roads). It needs to be calm: cranes have to rest, and they need their peace and quiet during nap time. It needs to provide shelter. It needs water. It needs food. And the valley of the Black Brook simply ticks all the boxes!

For cranes to breed, they need the right circumstances at the right time, too. The cranes had actually landed in the valley for the first time in 2019, but they didn’t stay long. In 2020, they came back, built a nest, mated – but no breeding ensued. Then, in 2021 (third time’s the charm), they felt comfortable enough to mate immediately after their arrival, and laid two eggs, out of which would later come Gru and Dru. Watch them enjoying their current home in this video.

In the past, the valley had suffered serious degradation. But thanks to 40 years of ecosystem restoration work by volunteers from Natuurpunt, nature is bouncing back: the valley of the Black Brook is now a healthy, crane family-friendly place.

What’s next for Gru, Dru and their parents? They will probably stay in the breeding area until October, and after that, the family should connect with migrating cranes from the North. Another possibility is that they will choose to stay in Zwarte Beek for the winter, or make temporary trips to Germany, as has been observed with other birds just over the border.

It’s a tough world out there for the Common Crane, so this story is very welcome news. Historically, cranes have been victims of large-scale hunting; until the European Union’s Birds Directive protected them. The establishment of Natura 2000, a network of protected breeding and resting sites, certainly helped them too.

Today, nature restoration is providing habitat in regions that had lost their wetlands so that cranes can come back and repopulate the areas from which they had been chased. We’re seeing it happen in the United Kingdom, the Netherlands, central Europe – and now, Belgium.

In any case, we hope that Gru and Dru’s parents had a pleasant stay in Zwarte Beek. We would love them to come back in the future, and hear the crane calls join in the morning chorus of singing Bluethroat (Cyanecula svecica) and courting Common Snipe (Gallinago gallinago). 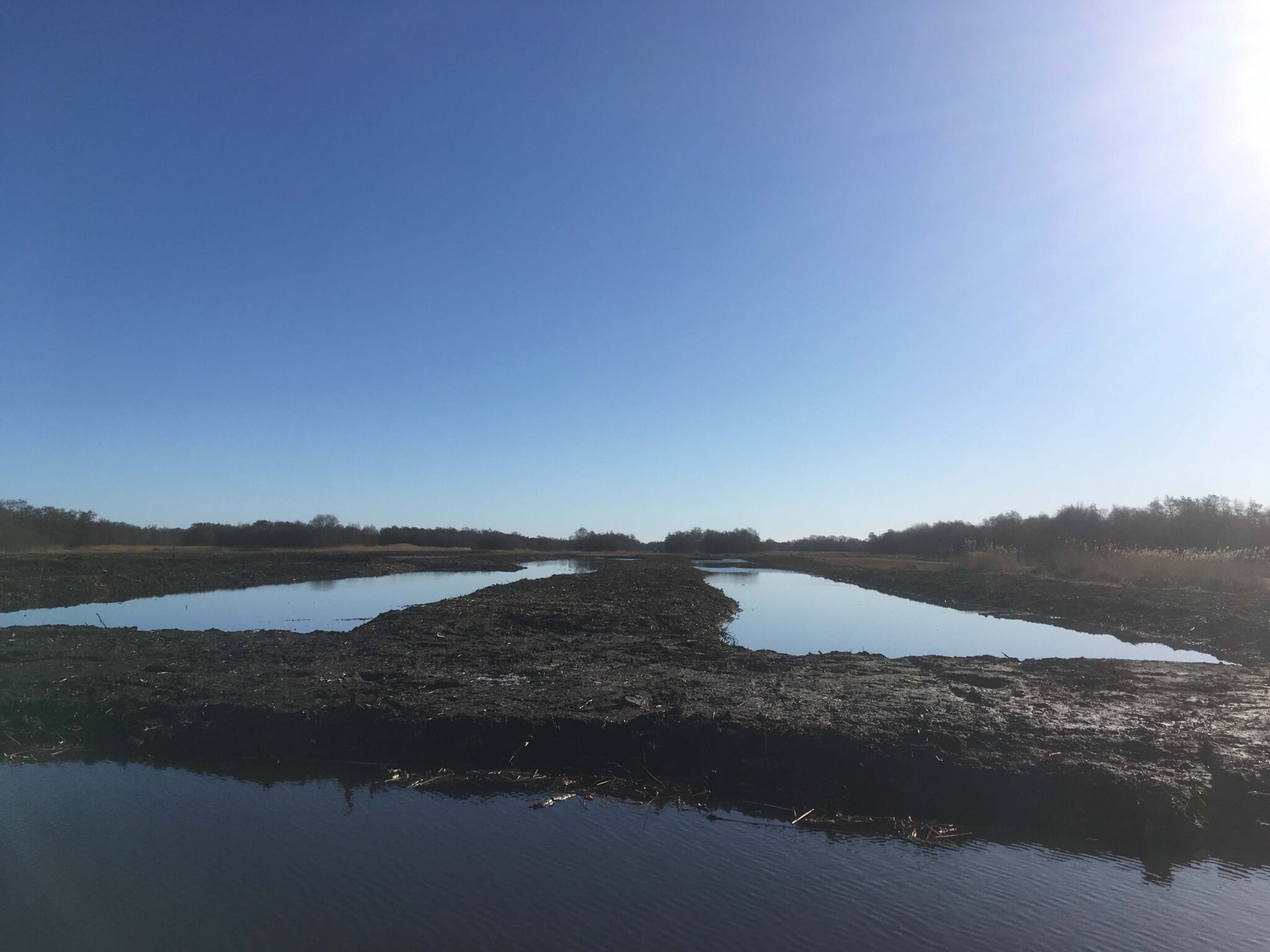 How restoring peatlands can help us beat climate change

It’s no secret – we’re in a climate crisis, and nature is suffering. I am very much aware of this fact; I am a biologist, and I have been working for Natuurpunt, a nature protection NGO, for the past eleven years. And yet, every time I stop and think about it, I am taken aback by the sheer scale of the crisis.