In France, the Ortolan Bunting may soon be off the menu

The French Ministry of Ecology, Nicolas Hulot has committed to ending the large-scale trapping of Ortolan Bunting, which takes place to meet demand for a cruel dish where the songbird is blinded, plumpened and drowned in brandy. It's a practice that has driven population declines of up to 84% in Europe since 1980.

Ortolan is a dish savoured with an almost ritualistic relish. Custom dictates that the diner eats the bird while wearing a napkin over their head; this, it is said, is to ensure the rich aromas do not escape while the gourmand chews the bird, bones and all, a process that lasts for several minutes. Pragmatically, the ritual may also have arisen because eating it is a messy business indeed. Or, others might say, out of shame. Because the process of delivering the Ortolan Bunting Emberiza hortulana from perch to palate is a gruesome affair indeed.

The cruelty begins in the field, where around 30,000 Ortolan Buntings are captured every year during the autumn migration, as their flightpath from eastern Europe to west Africa takes them across France – and in particular Landes, a poaching hotspot in the south-west of France. Here, songbirds are trapped in huge numbers, either in nets, or, in Provence, by getting snared by glue smeared on the branches of their favoured trees. BirdLife estimates around 500,000 birdss are illegally caught every year in France. Common Chaffinch Fringilla coelebs and Brambling Fringilla montifringilla are also targets for poachers, and many other species, such as European Goldfinch Carduelis carduelis become collateral victims in the annual slaughter.

Many birds meet their end here in the field – but the fate awaiting the Ortolan Bunting is even worse. Under the guise of tradition, the tiny birds are blinded (to disrupt their feeding habits) and kept in tiny cages, where they are force-fed to increase their fat reserves, before being drowned in brandy, roasted and served.

While the Ortolan Bunting is listed as Least Concern by BirdLife because of its vast range (it can be found throughout Europe and Central Asia), the tales of the Passenger Pigeon Ectopistes migratorius and Yellow-breasted Bunting Emberiza aureola should guard conservationists against complacency. Indeed, no other European passerine has declined as rapidly in recent years, with an overall decline of 84% since 1980 due to practices such as poaching and intensive agriculture – this, despite hunting of the species being forbidden by French law since 1999, when it became a protected species. However, because the Ortolan dish is considered a cultural tradition, authorities are often keen to turn a blind eye to the activities of poachers.

For the past 10 years, LPO (BirdLife in France) has been fighting this illegal practice on the ground, and also in the air, where alongside CABS (Committee Against Bird Slaughter), they have been identifying trapping sites and releasing the birds, before alerting the authorities. Until recently, LPO’s interventions were the only way to identify and prosecute the poachers, who operated with the blessing of local elected officials and hunting officials, and who claimed that the state “tolerated” these practices. Indeed the authorities wouldn’t file charges for installations of 30 traps or less.

However, the tide is turning. For the last two years, France’s national agency for hunting and wildlife (ONCFS) has been conducting inspections, which has strengthened LPO’s work and raised hopes that cases against hunters will be pursued instead of shelved. LPO has repeatedly provided the European Commission with evidence that the French government has done little to combat the capturing and killing of wild birds in their country, and in December 2016, the European Commission announced that it was taking France to the EU Court of Justice for failing to address violations of the EU’s Birds Directive – with a potential fine running into millions of euros.

And then, the news that would be music to songbirds’ ears. On 8th August 2017, with a tweet and a press release, the French ministry of ecology, Nicolas Hulot, stated his intentions to put a definitive end to the poaching of Ortolan Bunting in the Landes. In the statement, Hulot says: “Preserving biodiversity is essential to the future of our humanity, and it is the protection of a natural heritage that we have received as a legacy and that we must pass on to future generations for ethical as well as scientific reasons.”

“The practice of poaching Ortolans is illegal, it must stop….it poses a significant risk to the survival of the species, while the natural environment of this bird is threatened by climate change and urbanization which destroys its habitat”

Hulot’s announcement came as LPO was busy readying its tour of the Landes department to denounce the poaching of France’s songbirds, which is underway as you read this. “LPO has been struggling for years against trapping and every types of illegal killing of birds in France” says Bernard Deceuninck, Head of International & Overseas Service, LPO. “We have won a major battle against bird crime, but we still have a lot to do because the Birds Directive need a proper implementation on the field, including stricter controls of every types of so called ‘traditional’ hunting and trapping.”

Nonetheless, Hulot’s announcement represents a big step for bird conservation in France. LPO expects that the state must eventually put an end to the non-selective trapping of all birds, but that the government is beginning the crackdown with the Ortolan Bunting should leave a sweet taste in the mouth of conservationists worldwide. 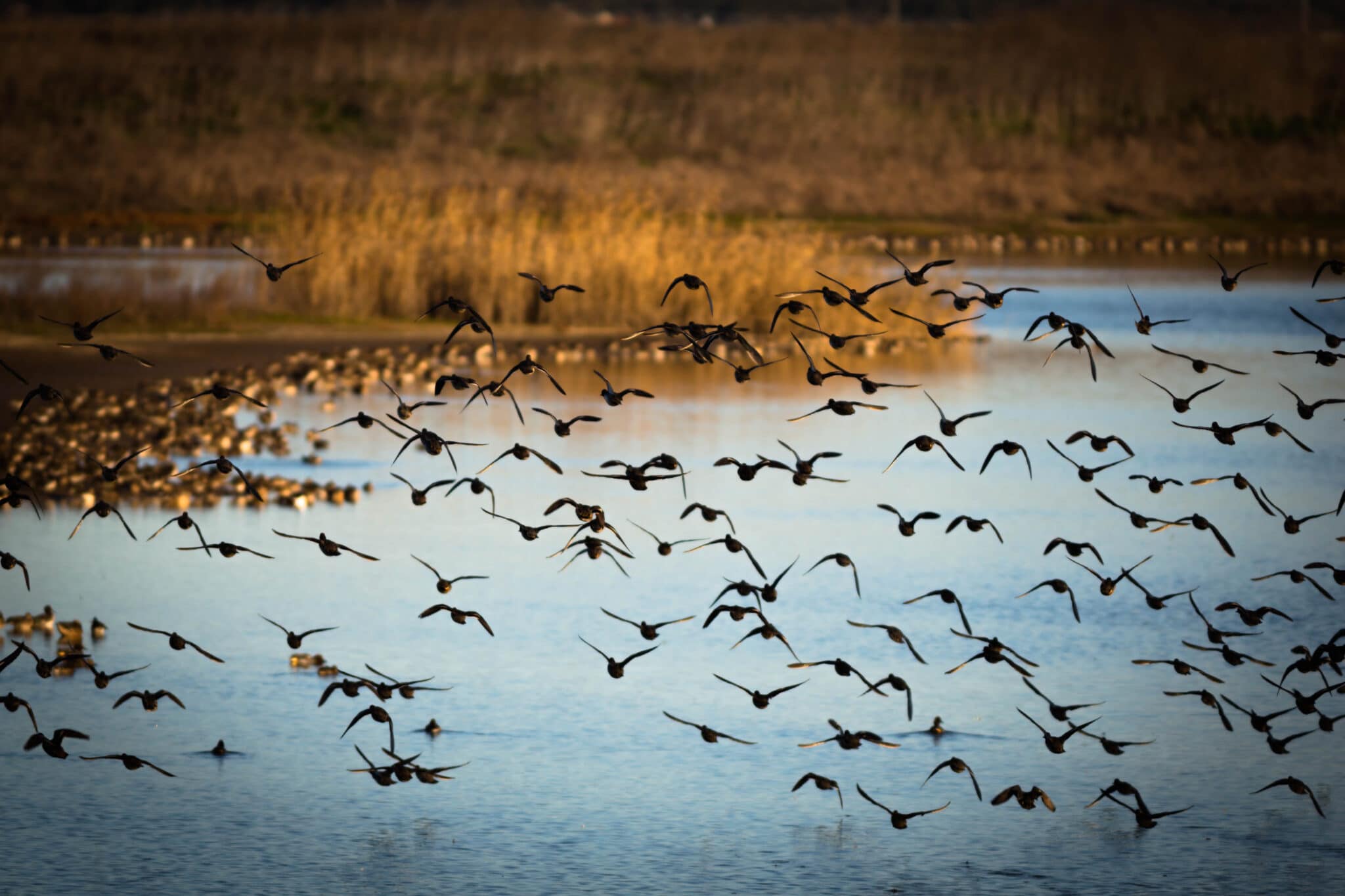 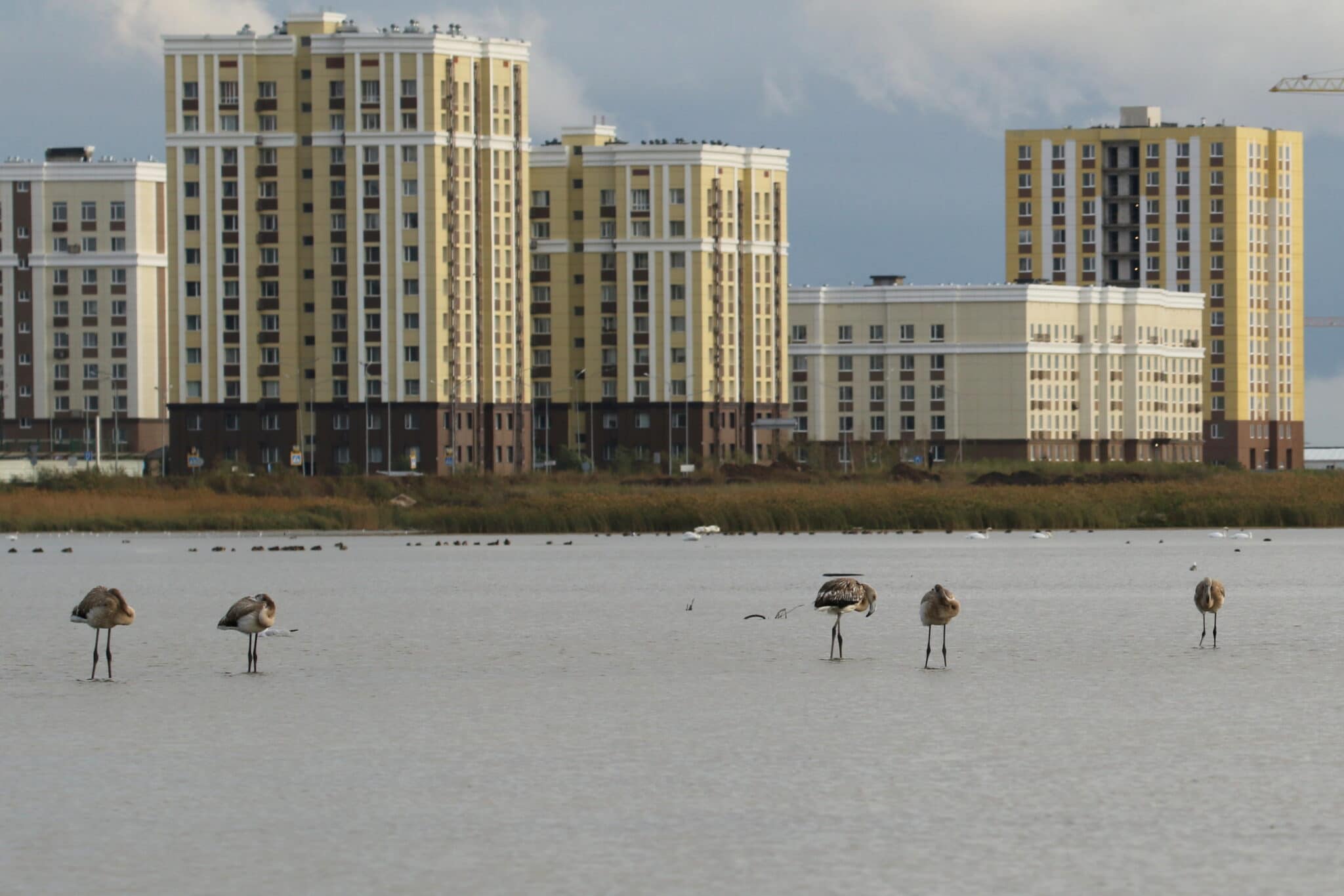