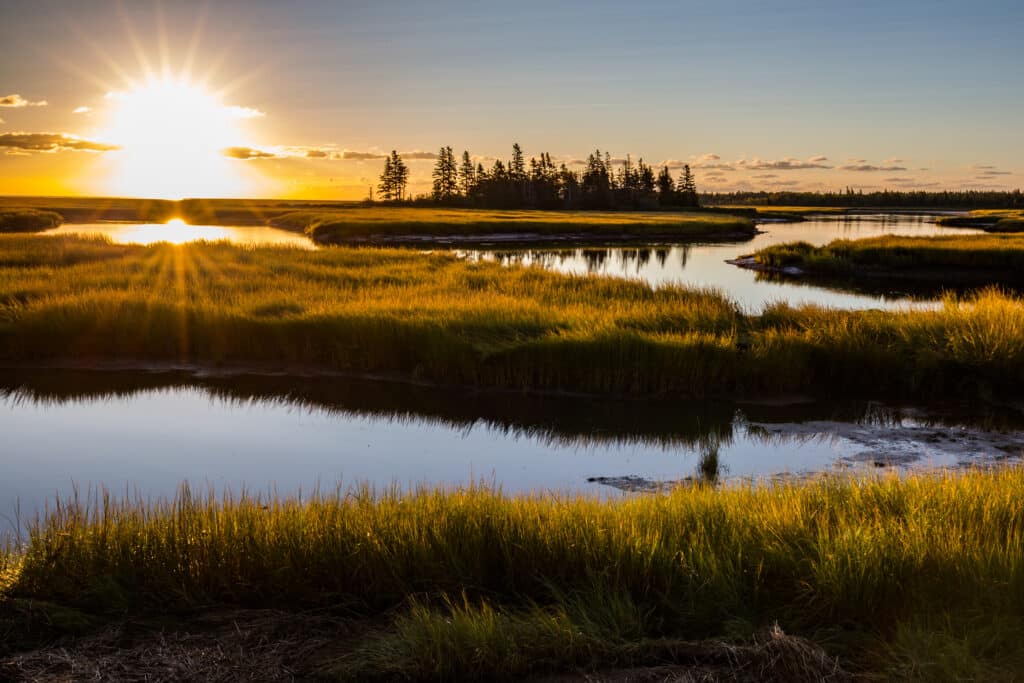 Characterised by rugged Precambrian Shield, the landscapes and seascapes of eastern Canada are mesmerising. Untouched boreal forests and uninterrupted beaches stretch from horizon to horizon. The deep fjords along the Newfoundland coast remind visitors of the recent glaciation that not only shaped the geomorphology of the region, but also created Sable Island, a 40-kilometre-long nationally protected barrier lying 200 km off the east coast of Nova Scotia. Along the continental shelf that borders Canada’s entire Maritime Provinces, the largest underwater canyon in the North Atlantic gives rise to an upwelling zone supporting an extraordinary diversity of marine life.

With this as the backdrop, Adventure Canada, together with BirdLife International, Margaret Atwood and 175 international guests from around the world, set sail on 24 June 2022 for a 10-day expedition to experience the enormous beauty of the region’s wildlife and its storied cultural past. In the initial planning for the adventure, BirdLife teamed up with Adventure Canada to promote the Graeme Gibson Fellowship, with the goal of developing and supporting talented conservation leaders from across the BirdLife family.

The late Graeme Gibson, along with his partner, Margaret Atwood, were veteran expedition leaders on Adventure Canada tours, as well as serving as honorary members of BirdLife’s Rare Bird Club. This partnership was therefore a natural fit for this endeavour.

The main draw was the rich variety of breeding and migratory seabird species. Atlantic Puffin, Thick-billed and Common Murres (or Guillemots), Razorbill, Black-legged Kittiwake, Northern Fulmar, Great, Manx and Sooty Shearwaters, Leach’s Storm-petrel, Northern Gannet and a South Polar Skua did not disappoint. But the forests were also alive with birds and included a diversity of North America’s boreal breeding warblers – Northern Parula and Blackpoll, Cape May, Bay-breasted, Palm and Black-and-white Warblers, to name just a few.

It was interesting to learn that most of these species spent the boreal winter in the Caribbean and northern South America, and that in just a month’s time they would be beginning their annual migration southwards.

Our first stop on the expedition was Sable Island National Park, a fabled sand bar off the south coast of Nova Scotia that has claimed more shipwrecks than any other island in the region. This uninhabited outpost’s claim to fame is its wild horses, some 500 of which roam freely, having been brought there in the 1700s. For the birders on board, the prize for this leg of the journey was the endemic and threatened Ipswich Sparrow, a pale subspecies of Savannah Sparrow, which is widespread on the mainland. Nesting Ipswich Sparrows were evident throughout the windswept grassy areas of the many dunes scattered across the island.

The following day saw Adventure Canada’s Polish-built expedition ship, the Ocean Endeavour, cruising slowly through the placid water of the Gully Marine Protected Area. This site was one of the first national marine sanctuaries in the Maritimes and safeguards ocean habitat for throngs of seabirds feeding on plankton plumes.

The seven species of cetaceans seen from the ship’s bow included Endangered Northern Bottlenose Whales, and a surprise in the form of two basking Ocean Sunfish (which can weigh upwards of 900 kg each). With ocean temperatures rising, sunfish and even Great White Sharks are increasingly showing up along this coast. Using the expedition to record wildlife, researchers tallied an astounding 1,000 seabirds over a four-hour period within the marine protected area.

Our voyage carried on around Cape North, stopping off at Cape Breton Highlands National Park where brief sightings of Bicknell’s Thrush and Spruce Grouse were reported. A Zodiac visit to the nearby Bird Islands found an active breeding colony of more than 200 Atlantic Puffins, one of the few such breeding sites in this region.

From the highlands, Adventure Canada sailed to Les Isles de Madeleine and then on to Saint Pierre and Miquelon, an isolated piece of France that lies 20 kilometres off the south coast of Newfoundland. A marauding pod of Orcas surfaced alongside the docked ship, causing a stir among disembarking passengers waiting to board Zodiacs for the shore.

Perhaps one of the most spectacular moments of the trip was a brief hike through the village of Francois, along the isolated Newfoundland south shore. Serviced only by boat, this self-sufficient community is about as remote a rural village as one will see – no internet, telephone, roads or shops.

Almost one and three quarter times the size of Great Britain but with 1% of its population, Newfoundland is almost a country unto itself, and Francois exemplifies the true remoteness of this region, and why the island is commonly referred to as the ‘Rock’.

Ten days and almost 2,000 kilometres later, we prepared to depart our expedition in St John’s, the provincial capital of Newfoundland. Travelling with Adventure Canada was a unique experience. The company’s expedition philosophy responds to opportunities arising, recognising that nature is not a constant. As part of its business ethos, Adventure Canada makes a specific effort to engage local communities through its programming and outreach. This includes sponsorship of the Graeme Gibson Fellowship, which it promoted during the expedition, raising thousands of dollars for conservation leadership across the planet.

Next year, BirdLife will join Adventure Canada for its third expedition, with host Margaret Atwood, to explore the wild places between two other island giants – Greenland and Iceland. Limited space is still available on this epic voyage to join Margaret at the captain’s table, along with many other BirdLife members. Find out more about this expedition here.