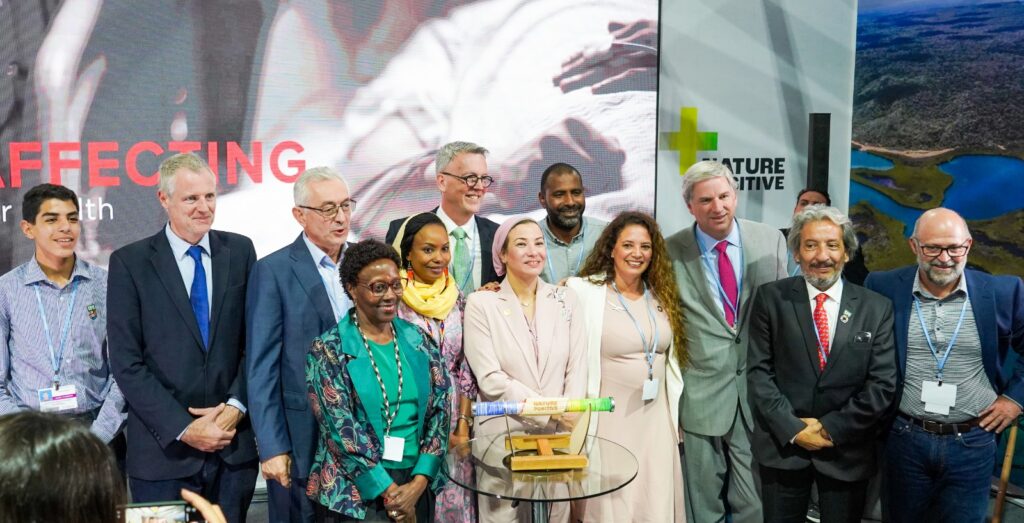 We have just concluded what was supposedly the implementation Climate COP. The 27th in as many years. Instead, what we mostly heard was a conventional word salad of weak words, more pledges for down the road deliberations, and in some distant future, maybe action. One cannot ignore the real lack of progress. Indeed, the pace of progress of the climate COPs is deeply discouraging and disproportionate to the speed with which we are hurtling to disaster. For every encouraging crumb we hungrily treasure from the leaders, we are left starving for an overall sense of urgency and ambition to act that would reflect the staggering scale of the crisis we face.

Yes, it’s good that the responsibility of those wealthy economies who have been the primary emitters of the emissions was finally acknowledged. Addressing Loss and Damage to be paid to the victims and most vulnerable is a very important step, but not enough. Financial sums and implementation are very likely subject to yet more negotiation. Increased support to help with mitigation as well as compensation to help in addressing impacts is needed NOW as the ravages of the climate crisis ferociously unfurl on the most vulnerable on our planet.

Yes, the final decision recognised the recent UN General Assembly adoption of the right to a healthy environment. It’s encouraging to see that the left hand of the UN recognises its right hand. The influential role of the global BirdLife family cannot be underestimated in achieving this step forward.

However, it was incredibly disappointing that we continue to fail to recognize the critical role nature plays in addressing the climate crisis, especially as we are on the eve of the Parties getting together yet again in two weeks in Montreal to decide what the nature agenda is for the next 10 years, the MOST critical decade of our times.  Our important call to send a powerful political signal for an ambitious and transformative Global Biodiversity Framework at the upcoming COP15 nature COP in Montreal (Convention on Biological Diversity – CBD) was ignored. A spineless compromised outcome was the recognition of a need to act in a synergistic manner and the inclusion of the recent UN Environment Assembly resolution on nature-based solutions in the final decision. Again the UN deigns to acknowledge its own work in this area. But recognising a “need to act synergistically” is hardly a call to arms.

What is maddening is that these minor “wins” are so inadequate to the monumental crises we face. It is unacceptable that governments are still arguing about phasing out fossil fuels.  Since Glasgow a year ago, much of the text has not progressed if at all. Where is the ambition we were promised? Where is the urgency we so desperately need?

As we teeter on the edge of a precipice, the world’s most powerful leaders must step up now and put NATURE at the HEART of everything. But action on nature alone will be ineffective without parallel rapid, nearly immediate deep cuts in emissions. 1.5C is not an ambition, it’s an absolute limit. We can’t achieve it without NATURE. And we’re most emphatically, in António Guterres’ own prophetic words, NOT even remotely on track.  We must now look, as the last best hope, to Montreal and the Nature COP for governments to meet the moment and show the courage and leadership they so shamefully lacked in Sharm el-Sheikh at COP27. We need finance and implementation from leaders NOW, for nature, climate and people, for all our survival.

I am deeply proud of the tireless patience and hard work of our BirdLife delegation with partners from the world around. Anchored by our magnificent Egyptian partner, Nature Conservation Egypt, with flawless teamwork they struggled mightily to push national delegations to embrace the urgency felt by our 119 global partners – and their absence would have left outcomes weaker.  It is shameful that their integrity, science-based policy and insights did not rule the day! We re-gird ourselves for the Montreal Nature COP15 for biodiversity in December. We will never lay down our arms, our energy, our focus and our sacred determination to fight for the planet, its people, its nature and, of course, its birds.  And while depressed and feeling let down, we continue to believe and hope that there will be courageous leaders which will help us make Montreal the ‘Paris moment’ for nature we need.

“It was incredibly disappointing that we continue to fail to recognize the critical role nature plays in addressing the climate crisis, especially as we are on the eve of the Parties getting together yet again in two weeks in Montreal to decide what the nature agenda is for the next 10 years.”