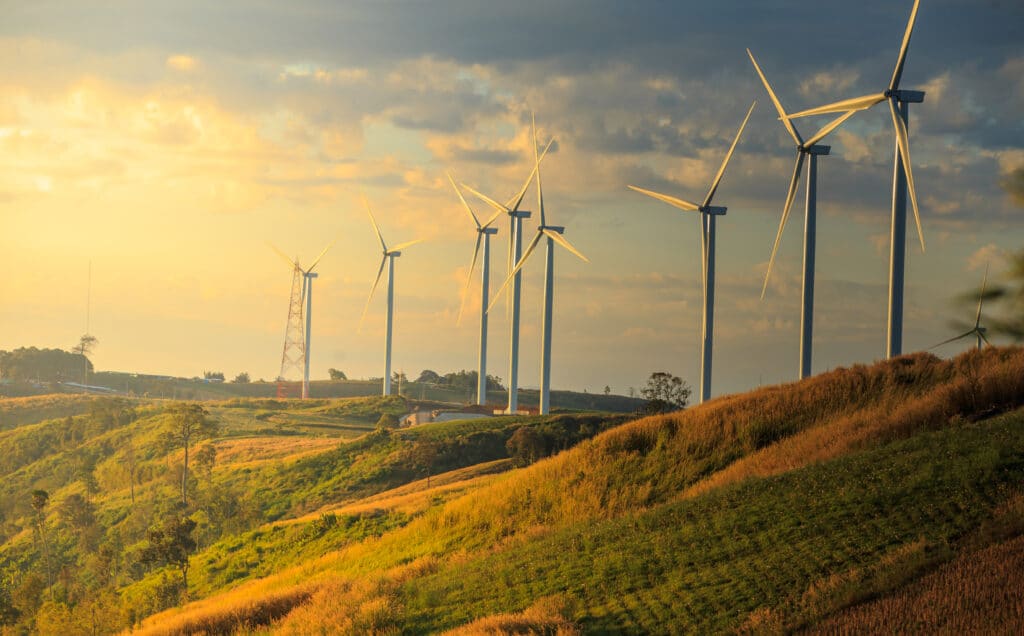 Although touted as "environmentally friendly", renewable energy infrastructure can severely negatively impact biodiversity. The well-needed energy development in Africa has to be properly planned to ensure minimal damage to vulnerable bird species.

By Alex Ngari and Francois Maze

When global leaders assembled in Glasgow in 2021 at the U.N. Climate Change Conference (COP26), one thing was clear: if nations failed to take bold steps to mitigate the climate crisis, the world will suffer from severe weather dynamics, increased competition over diminishing natural resources leading to insecurity, and sea level rise among others. However, the burden of the impact is not equitably experienced globally, as Africa is expected to be worst hit. Paradoxically, the continent emits the least amount of greenhouse gases but has vast forests that act as global lungs that absorb carbon dioxide from the atmosphere. The Congo Forest, measuring about 314 million hectares (the second largest in the world after Amazon), provides valuable ecosystem services of moderating climate exacerbation among other benefits that humans directly draw from it. Africa is, therefore, at the center of the climate change phenomenon and the continent’s social and economic development must be on a trajectory that contributes to a more secure climate future from all productive sectors including energy.

It is hard to find answers to climate crisis mitigation without looking at the energy question. Emissions from fossil fuels, including coal and oil for energy production, are the largest source of human-induced impacts on climate change. The rapid, mass expansion of renewable energy sources and technology has been identified by the Intergovernmental Panel on Climate Change (IPPCC) as a key driver to global decarbonization and slowing the impacts of climate change. At the same time, Africa needs to power its economies, ramp up and expand industrial growth and create new opportunities for her growing population. Energy access is a big challenge that African nations are grappling with. It is estimated that 600 million Africans have no access to electricity, at the same time, the continent can be energy self-sufficient, if her vast non- and renewable energy resources are harnessed.

With a ready market for generated power and pressure for economic growth, African nations are in an unprecedented position which demands capital injection to harness energy resources to generate electric power. The push for investment in renewable sources is justifiable for the world to deal with climate crisis. In fact, many Parties to the United Nation’s Framework Convention on Climate Change (UNFCCC) and its momentous 2015 Paris Agreement have specifically identified investing in, and expanding, the roll out of renewable energy infrastructure to meet their long-term targets set in their Nationally Determined Contributions (NDCs).

As governments, the private sector and other stakeholders find value in building partnerships to address the massive electric power gap in Africa, it is important to realize that building of dams, solar and wind farms and deployment of powerlines happen in the context of a mega biodiverse continent. Africa boasts of unique biodiversity, including migratory species that spend most of their time on the continent. At the same time, biodiversity globally and in Africa is increasingly under threat and rapidly diminishing. Although touted as ‘environmentally friendly’, renewable energy infrastructure is not without its impacts. Incorrectly sited or poorly designed energy infrastructure, especially hydro-electric dams, powerlines and wind turbines, can severely negatively impact biodiversity. 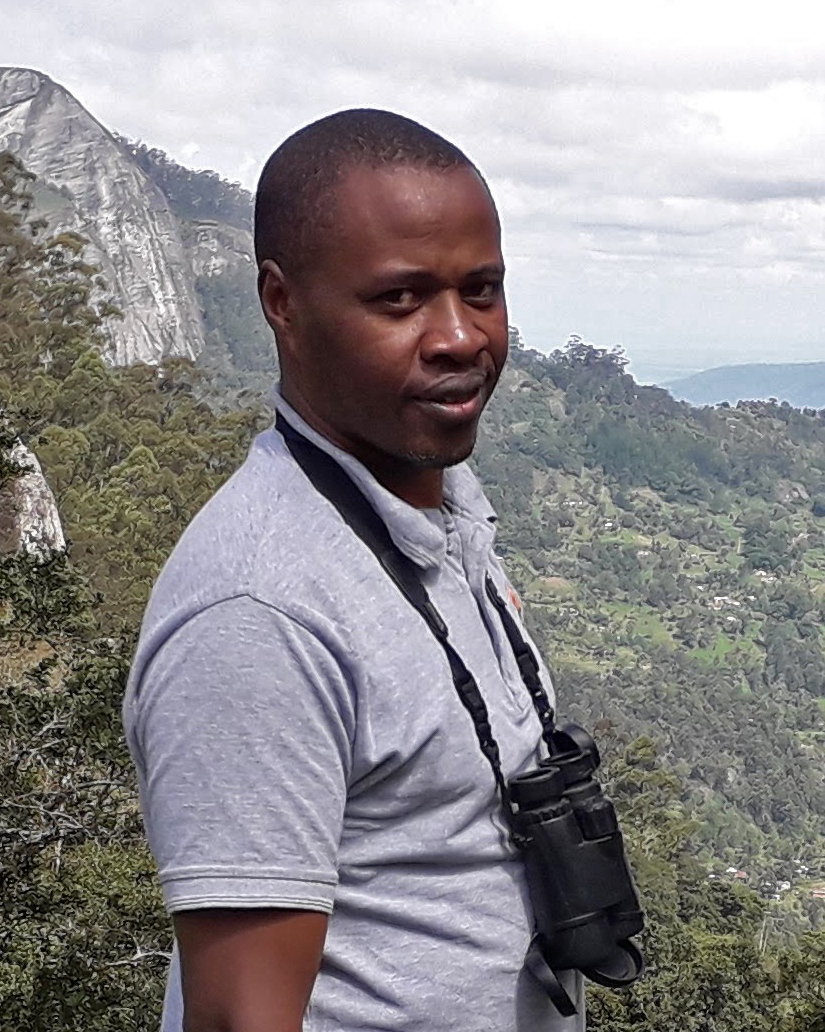 “Migratory birds are our natural shared global ambassadors, and we should exert all the necessary effort to make their passage areas, resting and feeding sites safe. After all, they have used these migratory corridors as far as humans can remember”

Djibouti, located in the Horn of Africa, is endowed with abundant wind resources yet it is not self-sufficient in electric power supply. The country is also located in the 2nd most important Migratory Soaring Birds (MSBs) flight corridor in the world – the Rift Valley/Red Sea migratory corridor, used by an estimated 1.5 million MSBs as they move in their seasonal and cyclic journeys between Africa and Eurasia. The corridor, however, present some of the best opportunities for wind power generation and has therefore attracted deployment of multiple windfarms putting migratory birds and the power parks into direct conflict.

This calls for careful design and implementation of mitigation strategies to ensure minimal or no casualties from the vulnerable species. A case in point is the Gabal-el Zayt wind farm where the wind farm, with BirdLife’s support, has adopted the Shut Down on Demand (SHOD) strategy. In 2016, following implementation of shutdowns (n=47; average duration=25min; 13.4 turbines per request) at the farm, only 9 (0.003%) birds out of 300,000 flying through the wind farm died from collisions, with negligible power losses. Subsequent implementation of SHOD has been highly successful with only two White Storks observed colliding with turbines in 2019. Elsewhere, SHOD in Spain reduced vulture mortality by 50%, with a loss of energy production of 0.07%.

Collisions with and electrocution by powerlines, are also common with MSBs in the Rift Valley/Red Sea flyway, hence mitigation strategies should be integrated in the deployment of the powerlines too.

How can we then strike a balance between generating sustainable renewable power and nature protection? A careful consideration on nature conservation, measures known as safeguards, from energy project planning to power supply is crucial to create harmony between the two sectors. Through the GEF/UNDP funded project, BirdLife International is building and facilitating development of partnerships to support strengthening of nature protection practices in sectors (such as energy) that pose the greatest risk to birds. In Djibouti, BirdLife is collaborating with Red Sea Power (RSP) to create synergies that simultaneously delivers power production and promotes nature conservation. RSP are constructing the Ghoubet Wind Farm located close to the Gulf of Tadjoura in Djibouti. Under a Memorandum of Understanding (MOU) signed in 2021, both RSP and BirdLife endeavor to realize a win-win outcome for the wind farm through the application of best practices in the wind farm operations.

The RSP- BirdLife collaboration hopes to actualize an effective Biodiversity Management and Action Plan for the Ghoubet, with a clear aim of protecting the migratory soaring birds including the globally threatened Egyptian Vulture. Core to the plan is the on-going bird (including bat) monitoring during the construction, and a three-year post construction period, to establish the presence of at risk-birds in the project area. BirdLife has collaborated with various renewable energy projects and programmes while relying on guidelines that have been developed to support birds mainstreaming in various energy subsectors RSP has started vulture tagging to monitor their movements. Such data is crucial in informing the applicability and improvement of the safeguard measures.

Further, RSP is critically, assessing the appropriateness and feasibility of various safeguard options given that Djibouti is one of the countries that also has a significant population of non-migratory bird species. In addition, this partnership also aspires to build the capacity and increase the number of people with the required skill set for birds/biodiversity monitoring in Djibouti at windfarms, powerlines, dumpsites, and vulture restaurants. This is a major element if data and information is going to be continuously collected, managed and used to support adaptive management of the wind farm.