In the season of lotus flowers 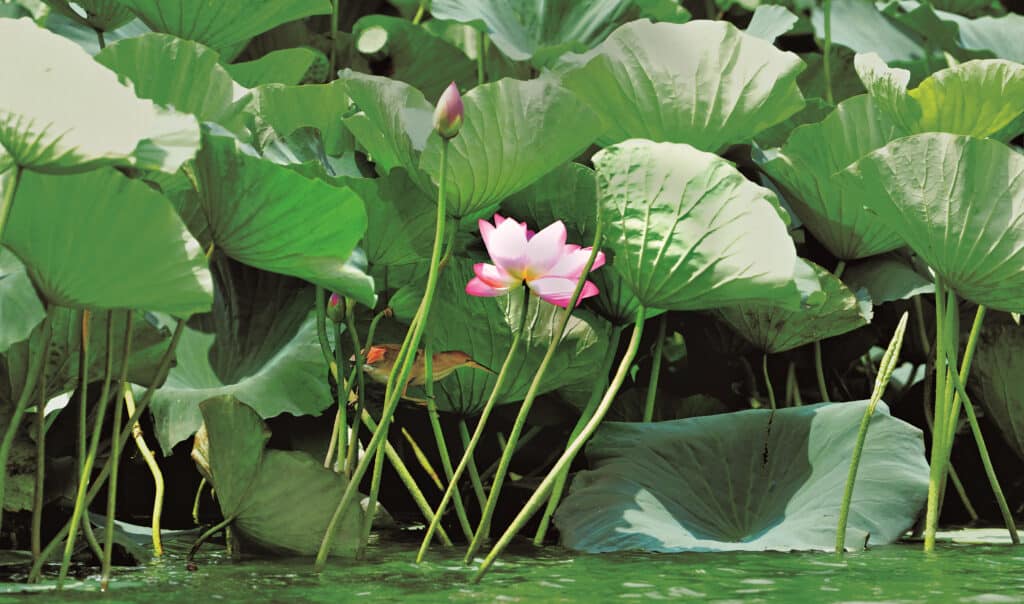 Lotus flowers are deeply steeped in Buddhist traditions, and these beautiful flowers are also often used by Yellow Bitterns. Discover more about this species, which has become increasingly elusive in the Japanese countryside.

Around the time of the Obon Festival, a Buddhist event for commemorating one’s ancestors, lotus flowers are in full bloom across much of Japan. Deeply associated with Buddhist culture, the lotus has long been revered as a flower that blooms in the Buddhist Land of Happiness. The lotus flower is loved as the ‘flower of utmost purity’ because although it grows in mud, it never gets dirty and blooms pure and beautiful flowers. I have a photo of a Yellow Bittern taken alongside a lotus flower, so I would like to write about this species this time.

A few years ago, a friend of mine informed me that there was an aggregation of lotus flowers at the corner of a pond in Koshigaya City and that several Yellow Bitterns were also there. I was grateful for the chance to photograph the flowers and birds, so I quickly arranged a schedule and headed to the site.

When I arrived, one Yellow Bittern was already in clear view, perched on a lotus stem with its neck outstretched, waiting patiently for its underwater prey. However, when I looked for the lotus flowers, there was only one that was blooming in the same low position as the Yellow Bittern. Keeping the flower in mind, I photographed the Yellow Bittern’s various behaviours and expressions, hoping it would approach it.

English translation of an article originally featured in ‘Through the Lens’, Fujingaho Magazine, August 2022

That day, I unfortunately only had the morning for photography. Time passed quickly without me being able to take any photos of the lotus flower and the Yellow Bittern together. However, just as I was about to say goodbye and thank you to the bird, which had entertained me with its somewhat humorous looks, the Yellow Bittern, which had been foraging, began moving from stem to stem.  I thought it was going to go deeper into the clump of lotuses, but it instead headed for that single flower, where it lingered for a moment! The header image was the only photo I could get without the branches covering it, but I was extremely happy and satisfied on my journey home.

Soon after I took this photograph, the lotus aggregation in Koshigaya City was removed, and the Yellow Bitterns that used to live there are unfortunately no longer found in that pond. As I reflect on this, the Yellow Bittern that allowed me to take this precious photograph seems even more lovable.

Lotus aggregations and lotus fields are not, however, the natural habitat of Yellow Bitterns. The two photos below were both taken in reed beds, where Yellow Bitterns are naturally found – in fact, in Japanese the species is named after these reeds.

It is within these reed beds that Yellow Bitterns often catch their food, whilst the species also builds its nests out of reed leaves to raise its young. It is thought that the Yellow Bittern’s smaller body size and lighter weight compared to other bitterns are both adaptations to life in the reed beds.

Can you see the Yellow Bittern in the centre of the photo on the left below? These birds skilfully navigate reed beds like ninjas, have a plain appearance, and often camouflage themselves within the reeds, stretching their necks in a way to make themselves less conspicuous. As well as being an alert and evasive behaviour, this is also useful when ambushing prey at the water’s edge.

While Yellow Bitterns were a familiar bird when reed fields existed widely, as these fields have declined, so too has the species’ Japanese population, and it is now not as common as it once was. In the past, reeds were used in various ways throughout Japanese daily life and were therefore cared for nationwide in the early spring, with dead reeds being set on fire to help them grow back quickly. However, this is rarely done nowadays, and it’s thought this change in our human behaviours has led to declines in Yellow Bittern habitat, and in turn to the species’ declines in Japan. Unfortunately, it is now no exaggeration to say that Yellow Bitterns are representative of elusive waterside birds.

Obon is the time of year when we welcome our ancestors, a time to reflect on one’s life and where you are, connecting us to the past, present and future. Looking at the beautiful lotus flowers, I hope that the quiet and inconspicuous Yellow Bittern will not become extinct and will survive into the future. 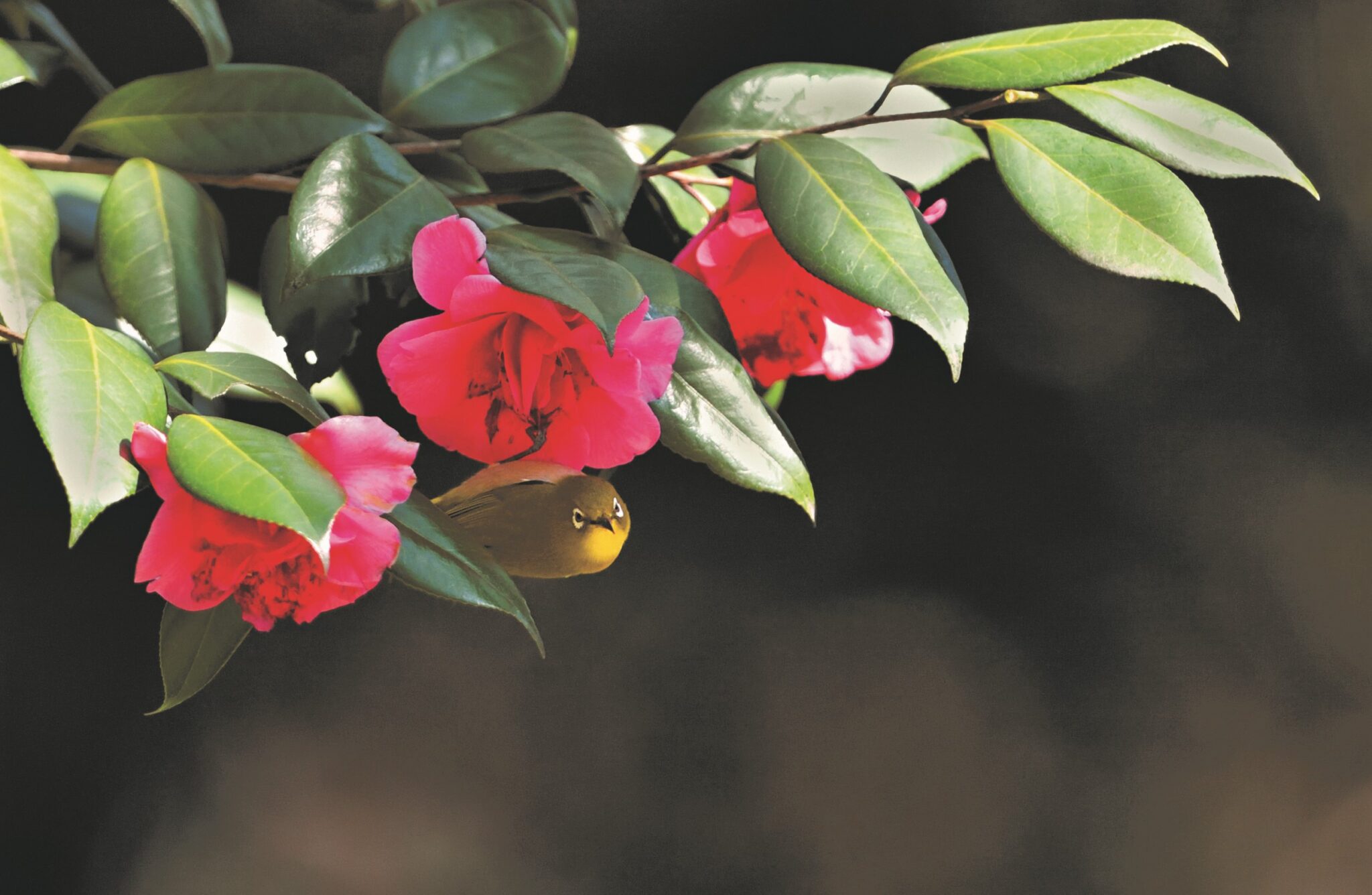 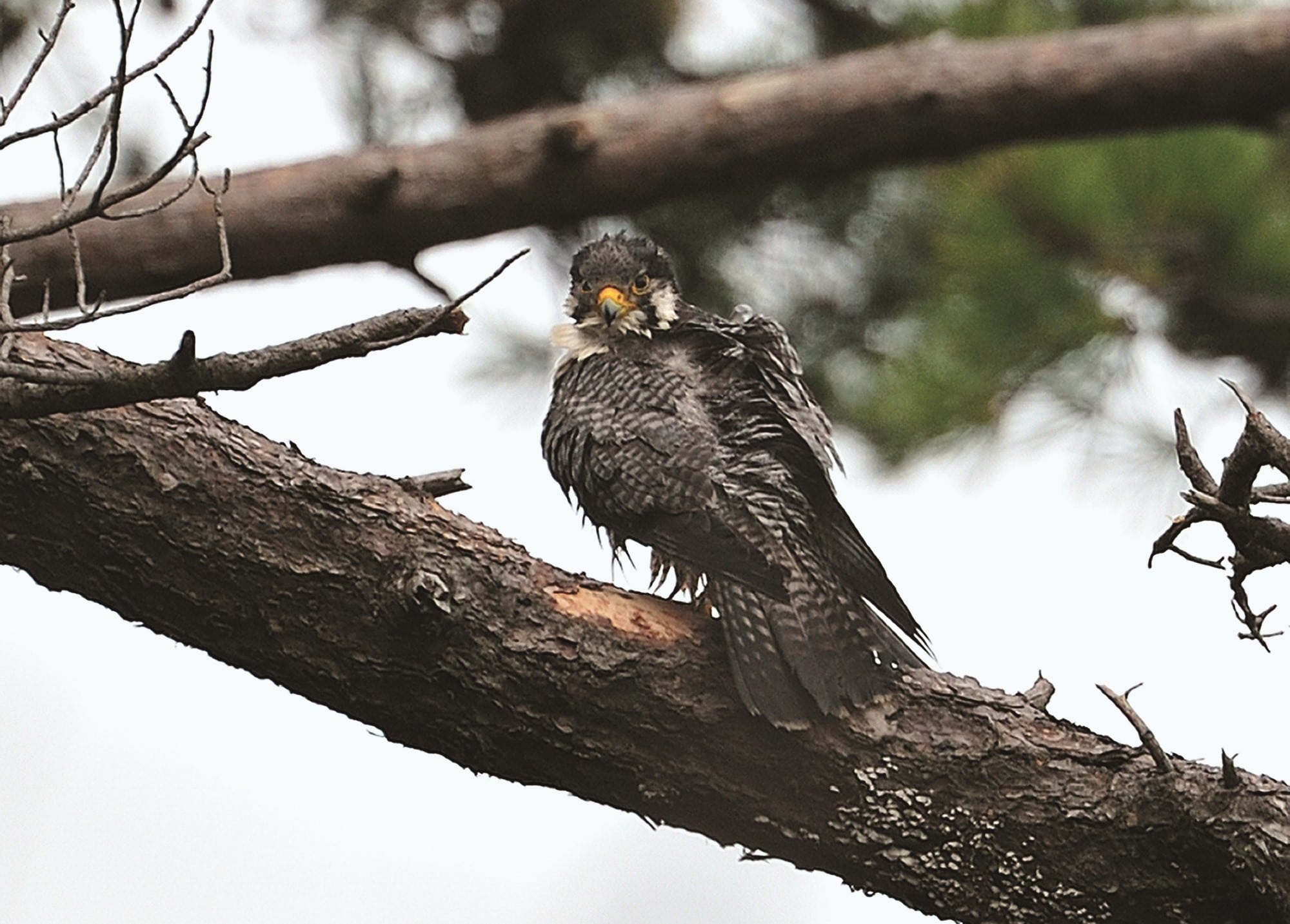