Catch a falling star: how habitat loss is pushing a recently discovered hummingbird to the brink 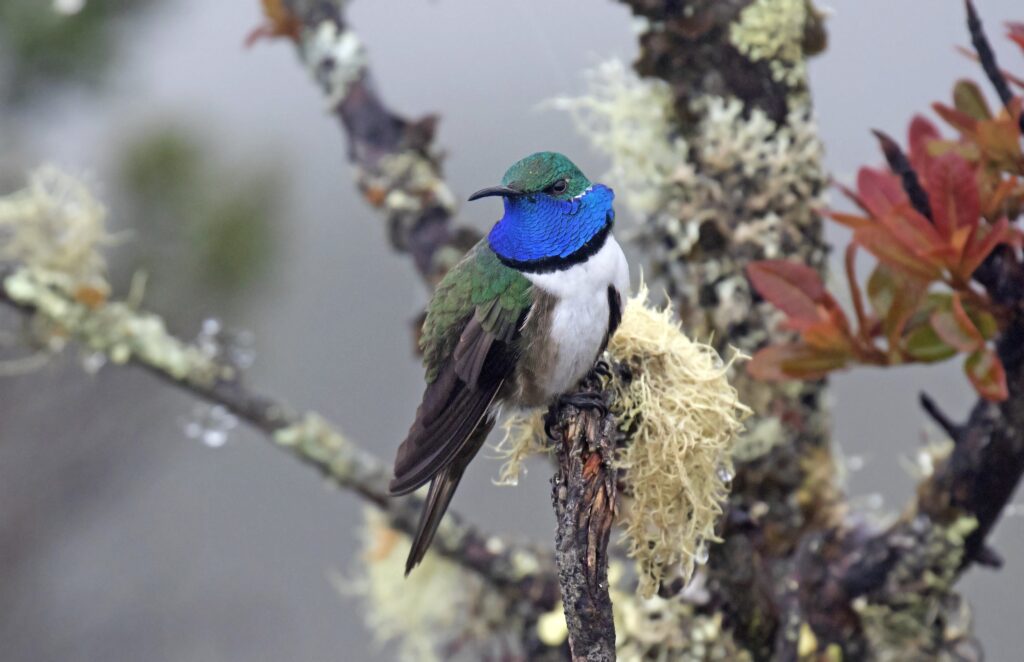 Despite only being discovered in 2017, the loss of high-altitude moorland in the Andes is driving Blue-throated Hillstar populations perilously close to extinction. If we don’t act now, we risk losing a species just years after it was first identified.

‘Hillstar’ may sound like a strange name for a bird, but when you see the flash of shining white and metallic plumage against the russet alpine meadows of Ecuador’s southern Andes, it begins to make sense. Indeed, researchers were star-struck when they first discovered this species in 2017 on an expedition to survey the windswept, rocky mountainside of Cerro de Arcos. No known member of the hillstar hummingbird family had been recorded there before, and this bird looked different to any species they’d seen.

The answer to their mystery turned out to be an exciting one: it was a completely new species. On the basis of the male’s unique metallic sapphire throat, it was officially dubbed the Blue-throated Hillstar in 2018.

However, the more researchers found out about the bird, the more worrying its situation turned out to be. Recent surveys reveal that it occupies just three small sites, all of which are under severe threat of destruction. Large areas of natural moorland – known locally as páramo – are being deliberately burned to make way for cattle grazing or non-native pine plantations. In fact, the species is thought to have disappeared from two previously occupied sites due to such fires. To make things worse, drought and unseasonal climate fluctuations are making it harder for the Chuquiraga bush – a spiky orange flower that is a favourite nectar source for the species – to regrow.

As if this wasn’t bad enough, parts of the species’ habitat risk being destroyed by open-pit mining: an ecologically devastating practice whereby the entire surface of the land is opened up. Based on the latest research, the total population may now number just 80-110 mature individuals. Understandably, in 2021 the Blue-throated Hillstar was classed as Critically Endangered on the IUCN Red List of threatened species.

Fortunately, the conservation world has already begun to take action. In 2020, Ecuadorian group Fundación Jocotoco established a nature reserve for the species in Cerro de Arcos. Staff are continuing to research its behaviour and habitat requirements in order to identify its favourite food plants, and have so far reforested the reserve with about 2,500 new plants.

There is still a long way to go to secure the future of this newly discovered hummingbird. We need to expand the area of habitat under protection and restore degraded land between the two strongholds of Cerro de Arcos and Guanazán, creating a wildlife corridor for birds to move between sites.

Another vital step is to establish an environmental education programme among local communities to raise awareness of the perils of burning moorland. We don’t know how long Blue-throated Hillstar has been in trouble. But now, at least, we know how and where to take action.