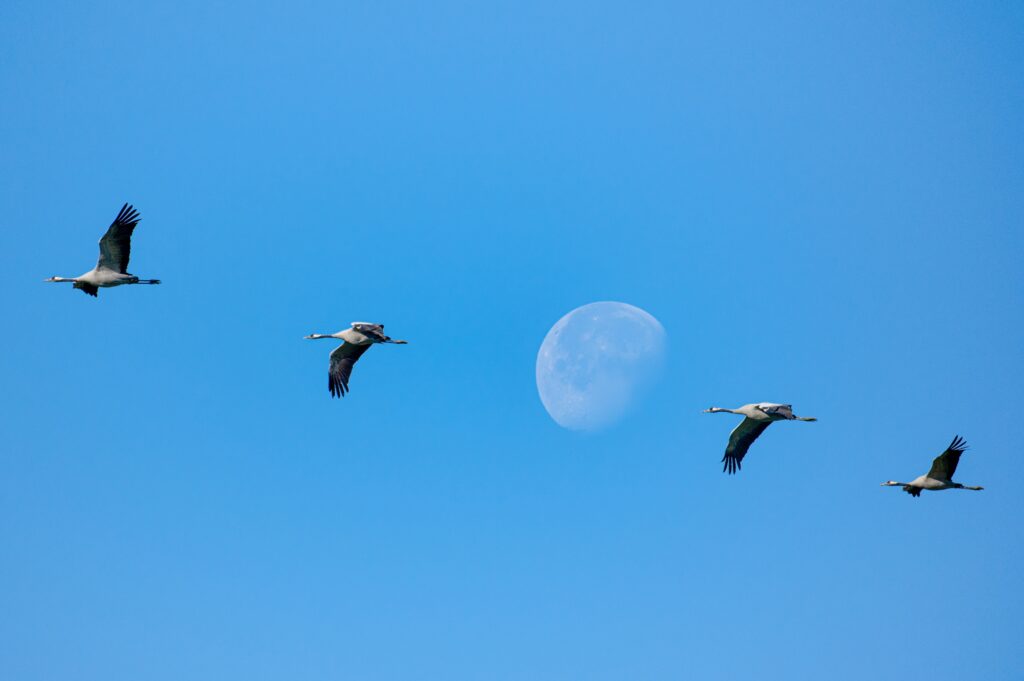 Every New Year’s Eve, we and the same set of friends make predictions about what will happen over the forthcoming twelve months. We tend to focus on which political leader will rise or fall, what different members of our family will be up to, who will win the upcoming sporting tournaments and what will be the standout world event. And no, in December 2019 none of us predicted the global pandemic. In fact, most of our predictions fall wide of the mark and I have no expectations that this year will be any different.

We live in such a volatile, unpredictable world, that trying to make predictions seems slightly ludicrous.  Yet, in this UN Decade on Ecosystem Restoration, we need to be pleasantly surprised.  So, instead of predictions, I think it is worth posing some big environmental questions which we need to be answered favourably this year.

Will political leaders agree the right global deal for nature?

Covid-permitting, the second half of the much delayed fifteenth meeting of the Conference of the Parties to the Convention on Biological Diversity will take place between 25 April and 8 May 2022 in Kunming, China.  Political leaders will be asked to agree a new global biodiversity framework with targets to halt the destruction of biodiversity and begin its recovery by 2030 – as WWF have termed it, bending the curve.  They will be negotiating the text whose first draft was published last summer.  BirdLife with our international partners will be working hard to influence the final agreement to ensure the targets are as smart as possible, to ensure that the implementation process delivers tangible progress and that the financing commitments are not only sufficient but delivered.  You can read more about our position here.  We’ll know by the middle of this year, whether we have the right deal or not.

Which governments will translate these commitments into domestic law, policies and funding?

Ultimately, any international agreement is only as good as the domestic action taken to implement it.  Therefore, the new global agreement not only requires countries that have ratified the Convention to update their own national biodiversity strategies and action plans but also, most importantly, to reflect the new targets in law.  We have seen, for example, the European Commission commit to publishing a new nature restoration law (with proposals due in March this year) and we argue that this should be a commitment to restoring 15% of land, freshwater and sea.  Clearly, once agreed this then needs to be backed up by the policies and funding to make it happen domestically in each of the EU Member States.  And, of course, other countries should follow suit.  What’s more, international finance support to reduce the biodiversity funding gap (estimated to be at least US$700 billion/year) will need to be mobilised to support conservation efforts in the least developed countries.  By the end of 2022 we’ll know just how committed nations are to respect the agreement struck at the Kunming meeting.

Which governments will develop consistent policies to prevent environmental commitments from being undermined?

Agreeing the right environmental agenda is one thing but this needs to be supported by the right sectoral policies.  For example, an ambitious restoration agenda will fail unless there is substantive reform of land use policies such as agriculture and forestry.  Environmental targets will not be met if rules governing infrastructure development in protected areas are relaxed.  The impact of consumption by our continent on wildlife elsewhere will only be reduced if rules to clean up our supply chains are introduced and enforced.  And equally, efforts to tackle illegal killing of birds, end unsustainable hunting and reduce indiscriminate bycatch of marine wildlife through fishing practices will require governments to provide much better enforcement and penalties sufficient to act as deterrents.  Again, it would be great to be able to report on those countries that have managed to achieve a more consistent agenda that genuinely mainstreams nature in all its policies.

Which businesses will change their business behaviour to become nature positive and net zero?

The current draft global biodiversity framework includes a target which says “All businesses (public and private, large, medium and small) assess and report on their dependencies and impacts on biodiversity, from local to global, and progressively reduce negative impacts, by at least half and increase positive impacts, reducing biodiversity-related risks to businesses and moving towards the full sustainability of extraction and production practices, sourcing and supply chains, and use and disposal.”  It’s a slightly long-winded way of saying that businesses need to clean up their acts this decade.  Governments have a role to play to set the rules within which companies operate, but it should become socially unacceptable for any company to cause environmental harm.  Business for Nature have outlined the steps that companies can take to become nature positive: assess current impacts; commit to ambitious science-based targets to drive performance; act to avoid harm and improve nature; advocate change in government policy/regulation to make it easier for everyone to protect and restore nature.  The targets should, ideally, align with those commitments emerging from the post-2020 global biodiversity framework and it requires this level of systematic action planning and review to put companies on a path to becoming nature positive (ie resulting in more nature though business activity).  I hope (and even expect) more companies to begin this journey in 2022.  Environmental NGOs are obviously here to challenge but also to help.

It has been pleasing to see an increase in focus from the philanthropic community of nature protection and restoration which I am sure will deliver excellent results from those organisations and projects that receive funding.  Many of the grants will be awarded through competitive processes with the expectation that the best projects will receive the funding.  In many ways, this makes perfect sense, but I have nagging concerns about the impact that this has on NGOs (which may increasingly become project dependent always seeking the next funding application) and whether this is the most efficient way of achieving lasting change.  Organisations need to develop a coherent long term and sustainable strategy to maximise impact and I think that the philanthropic community has a role to play here.  They have, in the past, helped ensure NGOs collaborate on practical conservation projects but also on joint campaigns.  This has delivered impact on scale greater than that can be achieved by organisations operating on their own.  But, I think more can be achieved through discussion with the NGO community, where brands or individual donor preferences are left at the door, where all are considered equal players and where options for doing things differently can be explored in a safe space.  Some might say, we don’t have the time to strategise in this way because the clock is ticking and we have to act now.  But what better time could there be to develop a joint strategy than once the global biodiversity deal is struck?  That is surely the moment to discuss how we should work together to ensure spirit and letter of the agreement are implemented.

2022 will no doubt throw up a number of surprises but our collective mission remains clear – to retain a razor-sharp focus on maximising lasting and positive impact for wildlife, people and the planet.

Challenge 2030: how business can support the UN Decade of Ecosystem Restoration

Close to where I live in Cambridgeshire, in the East of England, is one of my favourite nature reserves – Ouse Fen. It is a classic reedbed with bitterns booming and marsh harrier gliding gracefully overhead.

Read articleChallenge 2030: how business can support the UN Decade of Ecosystem Restoration

One in five bird species in Europe at risk: how should we respond?

I first saw Demoiselle Cranes (Grus virgo) on the wet meadows of Lake Khovsgol National Park in northern Mongolia more than a quarter of a century ago. They were performing their flamboyant courtship dance, creating a lot of noise, and made a lasting impression

Read articleOne in five bird species in Europe at risk: how should we respond?

Why a nature-positive economic system would benefit us all

Integrating nature into business decisions isn’t just good for the environment – it also benefits society and the economy. Here’s why the world should redirect financial flows away from nature destruction and ensure biodiversity is mainstreamed into business.

Read articleWhy a nature-positive economic system would benefit us all