Griffon Vultures are breeding in Morocco after 40-year absence 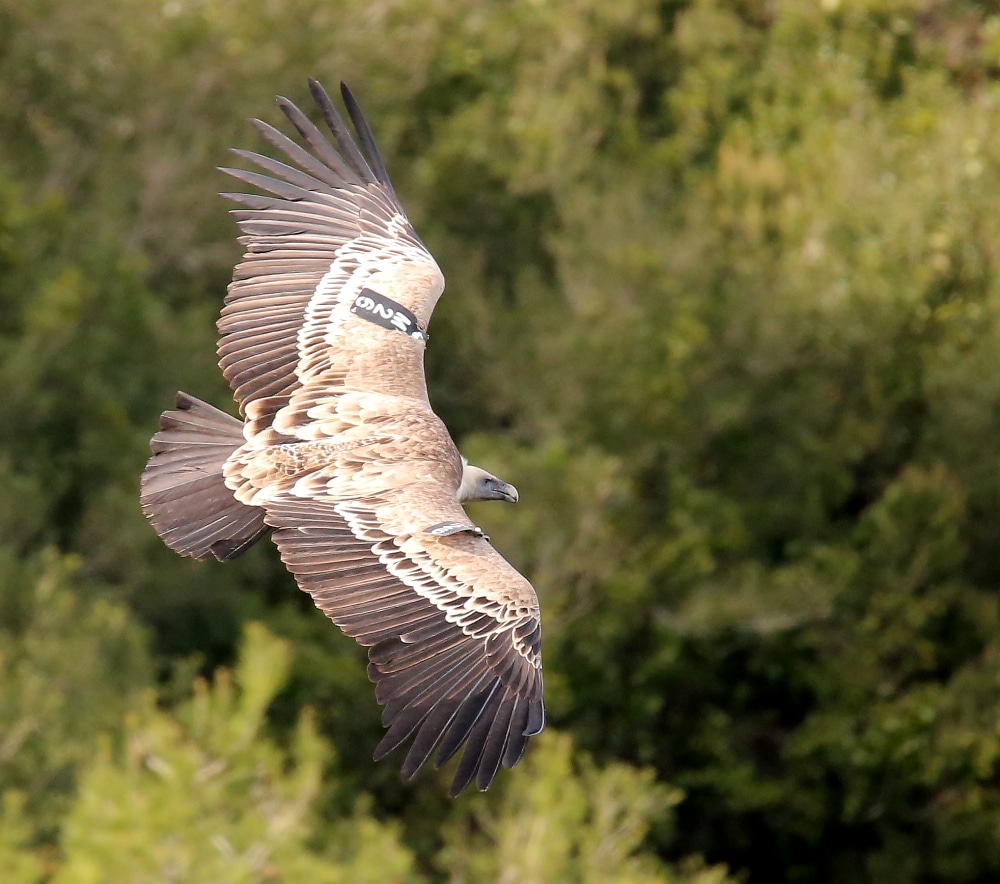 The Griffon Vulture is once again breeding Morocco after 40 years, thanks to a reintroduction program undertaken by the Water and Forestry Department in partnership with GREPOM/BirdLife Maroc.

The first step towards the reintroduction of the Griffon Vulture Gyps fulvus into the wild in Morocco dates back to 2017, with the release of five vultures by the Water and Forestry Department. Since then, the department, in partnership with GREPOM/BirdLife Maroc, has made tireless efforts which have helped achieve today’s success.

“It is a real pleasure to see Griffon Vultures mating and breeding for the very first time at Jbel Moussa. Griffon Vultures had been breeding in Morocco until the 1980s, but known colonies left and the species most likely disappeared from the country thereafter,” says Khadija Bourass, Executive Director of GREPOM/Birdlife Maroc.

The successful project was undertaken at the Vulture Rehabilitation Centre on the southern shore of the Strait of Gibraltar, right on the summit of the majestic Mount Jbel Moussa, a biological and ecological site. The centre, co-managed by GREPOM/BirdLife Maroc and the Water and Forestry Department, was opened in May 2020 and a month later, it hosted the launch of the Griffon Vultures’ reintroduction program. Through this program, vultures in distress that are rescued during annual migration periods are placed in specialized facilities where they are provided with necessary care until their recovery.

As part of this project, in June 2020 ten adult vultures were transferred from the Dream Village Park in Mohammadia to the Jbel Moussa Vulture Rehabilitation Centre to help them adjust and get trained before being released into the wild. During this period, the Water and Forestry Department and GREPOM/BirdLife Maroc teams closely monitored the vultures’ adaptation, pair formation attempts, and nesting behaviour, while regularly providing them with food.

Six months later, in January 2021, eight of the ten Griffon Vultures were released into the wild during the breeding season, in the hope that they would breed in the wild and encourage wild vultures in the region to resume this behaviour. As it turned out, the efforts came to bear fruit! The team continued to monitor the released individuals and observed evidence of breeding in the wild by the end of January, with pair formation and mating.

“Our next challenge is to observe the rate of integration of these vultures in the wild, successful breeding and ability to survive and search for food outside the reintroduction site,” says Rachid El Khamlichi, head of the Vulture Rehabilitation Centre.

In this regard, the team is considering diversifying the locations of feeding stations to encourage the released vultures to get used to going into new areas in search of food. “Even though we need to celebrate the success achieved so far, our aim is to ensure the sustainability of colony survival in the medium and long term,” says El Khamlichi.

“The current success of this program is largely related to the synergy between GREPOM and the Water and Forestry Department. Nevertheless, we require financial support to help us sustain the program,” says Bourass.

Of the five species of vulture that once bred in Morocco, only two still remain: The Bearded Vulture Gypaetus barbatus (Near Threatened) and the Egyptian Vulture Neophron percnopterus (Endangered), which continue to breed in the Middle and Upper Atlas regions. The other three: the Lappet-faced Vulture Torgostracheliotos (Endangered), Cinereous Vulture Aegypiusmonachus (Near Threatened) and Griffon Vulture, disappeared from Morocco during the 20th century mainly due to lack of food, poaching, poisoning and loss of habitat.