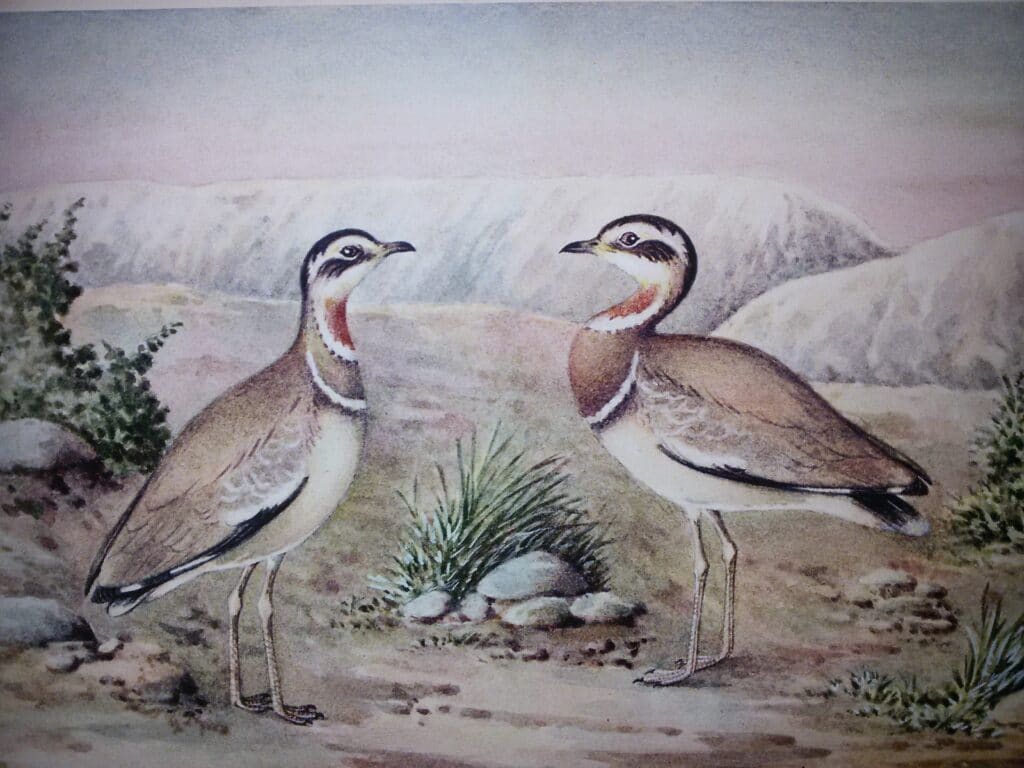 A new global search effort is calling on researchers, conservationists and the global birdwatching community to help find 10 rare bird species that have been lost to science. The Search for Lost Birds is a collaboration between Re:wild, American Bird Conservancy (ABC) and BirdLife International, with data support from the Cornell Lab of Ornithology and its eBird platform used by birders around the world. It’s an extension of Re:wild’s Search for Lost Species program, which launched in 2017 and has since rediscovered eight of its top 25 most wanted lost species. As its name suggests, however, the Search for Lost Birds focuses exclusively on rediscovering birds that have become enigmas in ornithology.

“During the past five years, since we launched the Search for Lost Species, our list of species that could be considered lost has grown to more than 2,000,” said Barney Long, senior director for conservation strategies for Re:wild. “We never planned to look for all of them alone, but to encourage others to search and develop partnerships to help. Through this new partnership we’ll be able to get more targeted expeditions in the field. If we can find these lost birds, conservationists can better protect them from the threats they face.”

The Search for Lost Birds is hoping to harness the collective power of the global birdwatching community to help search for species on the top 10 most wanted lost birds list. Cornell’s eBird platform provides an example of what the global birding community can accomplish: eBird currently has more than 700,000 registered users who have submitted more than 1 billion sightings of birds from around the world. However, none of those observations have included any of the top 10 most wanted lost birds.

None of the top 10 most wanted birds have had a documented sighting in the wild in at least 10 years, but they are not classified as “extinct” on the IUCN Red List of Threatened Species. The reasons behind their disappearances range from habitat destruction to invasive species. In a few cases, species may have gone missing simply because scientists don’t know where or how to look for them, or don’t have access to their habitats, which may be remote or in places which currently have travel restrictions. Many of the lost birds are native to areas that are rich in biodiversity, but also urgently need conservation efforts to protect their biodiversity.

“By working with partners and collaborators from around the world, the Search for Lost Birds hopes to engage the knowledge and expertise of the global birdwatching community to solve these conservation challenges,” said John C. Mittermeier, director of threatened species outreach at American Bird Conservancy. “By directly reporting sightings and information through eBird, birdwatchers and citizen scientists from anywhere in the world can help us find and learn more about these lost species.”

The 10 birds span five continents and a variety of groups of species, from hummingbirds to raptors. Some have recently been lost to science, while others have been lost for more than a century. Two species, the Siau Scops-owl and Negros Fruit-dove, have only ever been documented once, when they were originally described in the mid 1800s and in 1953, respectively.

The top 10 most wanted lost birds include:

Two expeditions, led by local and national partners and funded under the Search for Lost Birds partnership, are preparing to head into the field during the next year. The expeditions will focus on the Siau Scops-owl in Indonesia and Dusky tetraka in Madagascar.

The Siau scops-owl was last seen 155 years ago, when it was first described by science, but there have been unconfirmed reported sightings and calls of a bird that potentially matches the description of the owl during the past 20 years. Much of the forest where it was originally discovered has been destroyed, but given how challenging it can be to detect small forest owls, conservationists believe that there is a chance that a small and as yet overlooked population may still survive.

The Dusky tetraka was last documented in Madagascar 22 years ago and before that there had been very few confirmed sightings of the species in the humid understory of the forests of Eastern Madagascar.

One species on the list, the South Island kōkao, has already been the focus of an on-going search. The South Island Kōkako Charitable Trust has been leading a community-driven search for the bird for the past 11 years, following up on possible sightings and reports of people hearing what sounds like the bird’s haunting call. They launched a public search campaign in 2017 that has drawn nearly 300 reports of possible encounters with a South Island kōkako, which, addition to historic reports, they have rated and mapped.

Recent rediscoveries and documented sightings of other rare birds have fueled hope that expeditions for the top 10 most wanted lost birds will be successful. An expedition for the Sinù parakeet in Colombia in March 2021, one of Re:wild’s top 25 most wanted lost species, didn’t find the parakeet, but did document dozens of species that had never before been recorded in Cordóba Department. In Indonesia, the black-browed babbler, a bird that had only had one documented sighting, was rediscovered after 170 years in February 2021. The data that expeditions for the Search for Lost Birds collect will be shared with eBird.

The Search for Lost Birds may also help bring to light previously overlooked records of some of the birds on the top 10 most wanted list that have not been fully documented or confirmed. The Search for Lost Birds will work to follow up on records that may have remained in biologists’ field notebooks and memories and attempt to collect photographic confirmation that the species still exist. If those sightings can be confirmed, it could help conservation efforts for those species.

“We are optimistic that the Search for Lost Birds will lead to exciting rediscoveries, but ultimately it’s about conservation. We know that with good conservation efforts, species can be rescued from the brink of extinction, but only if we know where the last populations are. We hope these expeditions will capture people’s imaginations and catalyze conservation.”